LOS ANGELES (Legal Newsline) – A list of products that require warning labels because they contain possible cancer-causing ingredients continues to grow in California, though retailers will be gaining some protection from litigation that stems from them.

And Jeffrey J. Parker, a partner at Sheppard, Mullin, Richter & Hampton in Los Angeles, warns that the roughly 800 chemicals now drawing warning labels in California may be just the tip of the iceberg in terms of how expansive regulations could become under the state's new Prop 65 guidelines set to take effect later this year.

“Prop 65 will soon require even more warnings as people take closer looks at different products, the end result of which will lead to greater restrictions,” Parke told Legal Newsline. “Right now, there is a list with 800 chemicals, some more popular with enforcers than others.” 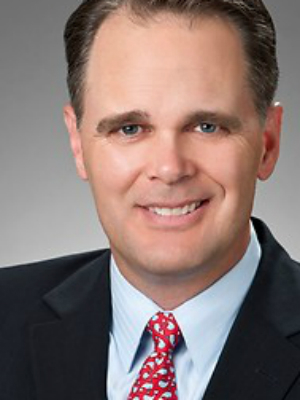 As currently outlined, Prop 65 stipulates that California consumers must receive warnings regarding the presence of alleged cancer-causing chemicals, as well as those that can prove to be toxic. The law is constantly changing as more and more chemicals are deemed to be potentially dangerous, with the latest regulations set to become official on Aug. 30.

The new guidelines are required to directly spell out what products “can expose” consumers to chemicals and flag the name of at least one of the chemicals that prompted the warning. Additional steps require that the product link to the state’s Prop 65 internet site and include a triangular yellow-and-black warning symbol directly on the product.

“The new law is much more detailed about who has to provide warnings,” Parker said. “It has limited protections for retailers and will cut down on the number of claims involving them. They can go as far as to stop selling certain products in order to avoid a lawsuit.”

Parker said that the flip side of that equation is that big-box retailers will not be able to defend themselves by simply arguing that they did not receive warnings or by saying they passed them on.

“It also means more claimants may end up coming up empty-handed because they don’t have the big-box retailers to leverage things against,” Parker added.

Sheppard Mullin executives argue on the firm's blog that every company that manufactures, imports, distributes or sells a product in California would be wise to learn the law's bylines.

The company further advises in the blog that come Aug. 30, “if you are already providing a warning, the language of it will need to be revised and if you are not currently warning, it is time to evaluate whether you should be.”

All the heightened precautions are a long time coming, according to Lisa Burchi, a regulatory attorney with expertise in Prop 65 related matters for Washington D.C-based Bergeson & Campbell P.C.

“In terms of updating methods of warnings, this was rather predictable,” she told Legal Newsline. “I don’t think there are intended changes in terms of what triggers warnings other states don’t know about.”

No matter what, Burchi said most out-of-state companies figure to want to keep doing business in California because it is such a large and potentially lucrative market.

“Being positioned there means global impact for some companies,” she said. “Most of them will remain eager to know what products can safely enter into the state.

“The focus of law isn’t meant to be good or bad for business, it’s all about providing warning information to consumers."

Originally known as the Safe Drinking Water Toxic Enforcement Act of 1986, Prop 65 was first created more than three decades ago. Back then, the law simply stated that “no one shall introduce into the drinking water of the state of California any substance that may cause reproductive or carcinogenic toxicity.”

The California Office of Environmental Health Hazard Assessment (OEHHA) is the lead agency for implementation of Prop 65 and is sanctioned to modify regulations as the agency deems fit and necessary.

Want to get notified whenever we write about Sheppard Mullin ?

Sign-up Next time we write about Sheppard Mullin, we'll email you a link to the story. You may edit your settings or unsubscribe at any time.