PROVIDENCE — Rhode Island Attorney General Peter Kilmartin says he will seek permission to file an amicus brief in the state's superior court to challenge the water supply plan for the proposed Invenergy power plant in Burrillville.

Kilmartin announced his opposition to the Invenergy power plant citing not only environmental concerns, but also local water reservoir issues as well as the cost to ratepayers.

"A great deal has changed since the Invenergy power plant was proposed, and there is growing evidence that the power plant is neither needed nor a positive for our economy or our environment," Kilmartin said in a news release. "In our role as the environmental advocate for the state of Rhode Island, I believe this power plant is not in the best interest of the state, the taxpayers or our natural resources." 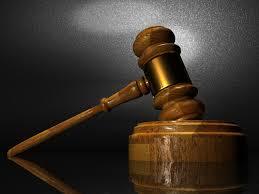 Kilmartin said he is also concerned the fossil fuel power plant will worsen climate change and that there is a lack of need for the plant due to the increase in solar and wind power. Kilmartin's other issue is the cost to ratepayers for the installation of transmission lines from the plant to the existing grid.

"Invenergy is attempting to have electric ratepayers pick up the tab for the more than $100 million transmission power line costs that the company had previously promised to absorb itself," Kilmartin said in a statement. "It's a classic bait and switch and the ratepayers should not be on the hook for it."