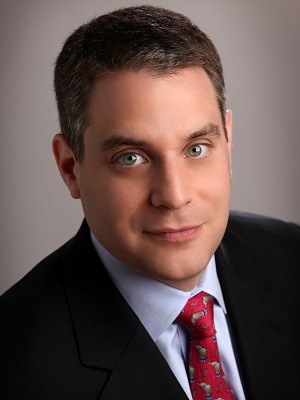 TRENTON, N.J. (Legal Newsline) – The last of a Polish immigrant's 31 Telephone Consumer Protection Act lawsuits, which paid out more than $800,000, has settled, but the need to reform telemarketing regulation continues, a privacy and securities class actions defense lawyer says.

"Most of the spam calls we receive at home and on our mobile phones, however, are coming from intentional bad actors in other countries who are beyond the reach of private lawsuits."

Not all private TCPA cases against U.S. companies are meritless, Jacobson said.

"But cases like this one show that the TCPA is badly in need of reform," he said.

In late December, settlement of the TCPA litigation brought by Jan Konopca against FDS Bank was announced in a letter filed by an attorney with Marcus & Zelman, which represents Konopca, with a magistrate judge in New Jersey federal court.

The letter did not include details about the settlement but the company previously told the court Konopca had earned more than $800,000 from his other 30 lawsuits.

Konopca has three phone numbers, one of which­ had belonged to a landline but was moved to a cellphone after Konopca claimed squirrels had repeatedly chewed into his landline's wires, and he used calls to those numbers as the basis for his serial litigation.

In November, New Jersey U.S. District Court Judge Peter Sheridan said "it is most probable that [Konopca] manufactured the harm based on his motivation to be awarded monetary awards in the lawsuits" but that Konopca never gave consent for the 612 calls he received.

Konopca's serial litigation is part of a Legal Newsline's continuing coverage that examines the cases of individuals who have found a source of income by filing lawsuits under the federal telemarketing law.

The convergence of the TCPA and allegedly opportunistic litigants isn't news to Jacobson.

"I have seen the Telephone Consumer Protection Act in operation from every angle, as a defense lawyer and in an enforcement capacity in the New Jersey Attorney General’s Office," he said. "The TCPA serves an important consumer protection function, but TCPA lawsuits can be every bit as abusive as unwanted calls."

Defendants in such cases often find defending themselves to be untenable, Jacobson said.

"Here, the defendants attacked the plaintiff as an abusive TCPA litigant who goes out of his way to invite supposedly unwanted calls just so he can sue over them. It was undisputed that the plaintiff has 'earned' $800,000 from bringing TCPA cases since 2010, which is a nice living."

However, it ultimately won't be defendants in Konopca's cases who will pay for the settlements, Jacobson said.

"I think it is important to note that the money he received didn't come from thin air," he said. "It came from the customers of the businesses he sued, who paid that money in the form of higher prices."