Litigation over length of Subway’s footlong sandwiches to continue; plaintiffs say they plan to pursue case 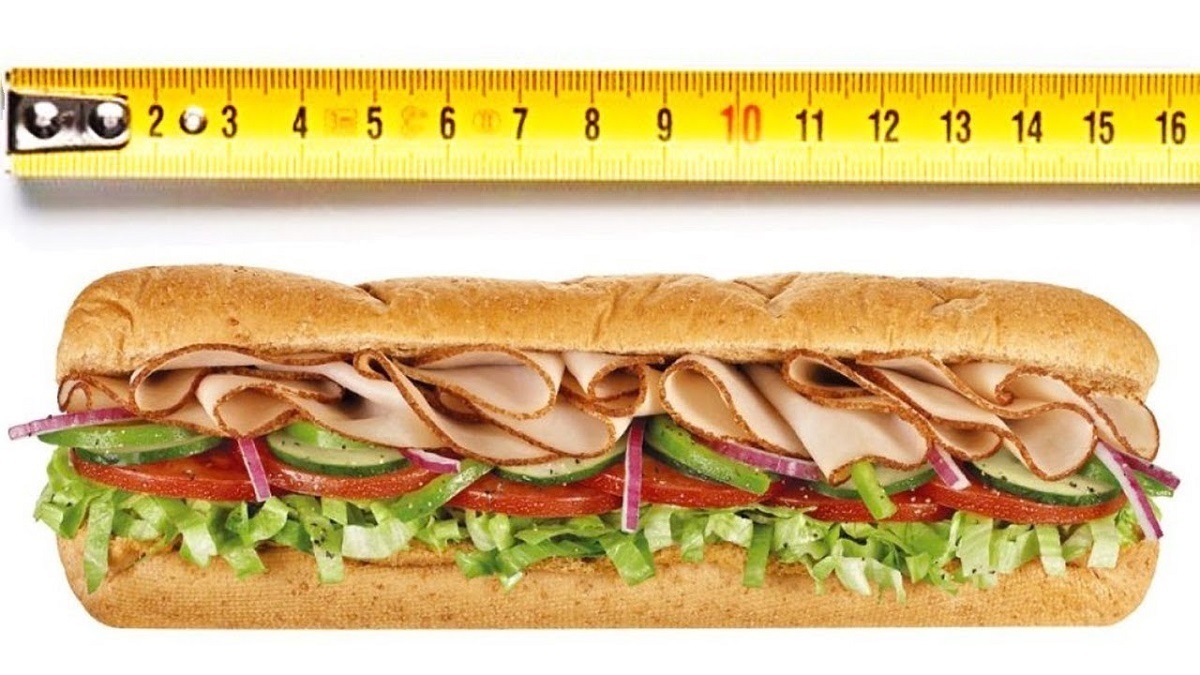 MILWAUKEE, Wis. (Legal Newsline) - Despite a federal appeals court’s dismissal of a settlement last month, plaintiffs in a class action lawsuit brought over Subway’s “footlong” sandwiches say they “intend to pursue” the litigation.

The plaintiffs filed their notice of termination of settlement agreement days after the U.S. Court of Appeals for the Seventh Circuit’s Aug. 25 decision.

The Seventh Circuit reversed the U.S. District Court for the Eastern District of Wisconsin’s decision certifying a proposed class and approving a settlement in the case, calling it “utterly worthless.”

The plaintiffs in the case alleged footlong sandwiches sold at Subway restaurants were marketed as being 12 inches in length, when, in fact, they were not.

The plaintiffs, in their notice filed in the Eastern District of Wisconsin, said confidential discovery showed that shorter rolls were caused not by variabilities in the bread baking process, but a lack of dough.

“A major concern in the lawsuits was that DAI’s bread vendors were not putting enough dough in the frozen dough sticks used to make Footlong sandwiches, and they were skimping on the dough in order to increase their profits at the expense of Subway customers,” attorneys for the plaintiffs wrote.

The notice included an affidavit from a former “quality assurance lead” at one of Doctor’s Associates Inc.’s captive bread manufacturers. DAI is the franchisor of Subway Sandwich Shops.

The former employee attested under oath, according to the plaintiffs, that she commonly and routinely inspected boxes containing frozen dough sticks that measured much shorter than 10.5 inches, and that it was not uncommon to find frozen dough sticks in boxes as short as 9 inches long.

“This bread vendor employee further attested that on several occasions, DAI received complaints from franchisees that several dough sticks in the boxes were far short of the required length, and that despite having knowledge of these deficiencies, no new controls were implemented and the boxes of frozen dough sticks continued to be approved for shipment to franchisees,” according to the notice.

However, such confidential information and documents were not made part of the public record, so the Seventh Circuit did not know their contents when reviewing the settlement.

“Plaintiffs believe the appellate court would have reached the opposite conclusion if the confidential information and documents had been in the public record,” they wrote.

The class action stemmed from a social media post in 2013, which pointed out how the chain’s footlong sandwich came up short.

Matt Corby, an Australian teenager, purchased a Subway footlong sandwich and decided to measure it. The sandwich was only 11 inches long. He took a photo of the sandwich next to a tape measure and posted the photo on his Facebook page.

Subway, in response, issued a press release announcing it had “redoubled” its efforts “to ensure consistency and correct length in every sandwich.” The franchisor assured its customers that its “commitment remains steadfast” to ensure that every footlong sandwich sold at each of its restaurants worldwide is at least 12 inches long.

Subway moved to transfer the cases to a single district court for a multidistrict litigation. The cases -- nine in total -- were eventually consolidated in the Eastern District of Wisconsin.

That early discovery revealed the claims were “factually deficient,” the judge wrote.

“For starters, the vast majority of Subway Footlong sandwiches are, as the name implies, at least 12 inches long. The few that do not measure up generally fall short by only about a quarter-inch, and the shortfalls are the inevitable consequence of natural -- and unpreventable -- vagaries in the baking process,” she wrote. “Additionally, all of Subway’s raw dough sticks weigh exactly the same, so the rare sandwich roll that fails to bake to a full 12 inches actually contains no less bread than any other.

“What’s more, Subway standardizes the amount of meat and cheese in each sandwich, and sandwich makers prepare each one to order right in front of the customer, adding toppings on request. So the length of the bread has no effect on the quantity of food each customer receives.”

Individual hearings would be needed, Sykes explained, to identify which purchasers actually received undersized sandwiches and which customers, if any, deemed a minor variation in bread length “material” to their decision to buy.

At this point, instead of dropping the lawsuits altogether, class counsel filed a consolidated class complaint seeking only injunctive relief.

Following mediation, the parties agreed to a settlement in which Subway would institute practices designed to ensure that its rolls measure at least 12 inches long and keep such practices in place for four years.

The parties then spent the next year or so arguing over class counsel fees and incentive awards.

Eventually, they agreed to cap attorneys’ fees at $525,000 and incentive awards at $1,000 for each named plaintiff.

The district judge preliminarily approved the settlement and scheduled a fairness hearing. Class counsel then filed a motion seeking $520,000 in attorneys’ fees and a $500 incentive award for each of 10 named plaintiffs.

Ted Frank, with the Competitive Enterprise Institute’s Center for Class Action Fairness and a frequent objector to such class action settlements, objected to the settlement and class certification.

Frank, a class member himself, argued the settlement -- a proposed injunction -- enriched only the lawyers and provided no meaningful benefits to the class; therefore, the settlement was worthless.

In February 2016, Judge Lynn Adelman for the Eastern District of Wisconsin was not persuaded. He certified the proposed class and approved the settlement. Frank appealed to the Seventh Circuit.

Sykes, in the Seventh Circuit’s opinion, said there is still the “same small chance” that Subway will sell a class member a sandwich that is slightly shorter than advertised, even after the settlement.

“A class action that ‘seeks only worthless benefits for the class’ and ‘yields [only] fees for class counsel’ is ‘no better than a racket’ and ‘should be dismissed out of hand.’ That’s an apt description of this case,” Sykes wrote for a three-judge panel, which also included judges Joel Martin Flaum and Ilana Rovner.

Thomas A. Zimmerman Jr., of the Zimmerman Law Offices of Chicago, and Stephen P. DeNittis, of the firm of DeNittis Osefchen Prince P.C., of Marlton, N.J., are among those representing the class.

U.S. Court of Appeals for the Seventh Circuit • U.S. District Court for the Eastern District of Wisconsin