ATLANTA (Legal Newsline) – Georgia's Supreme Court has reinstated at $35 million award in the case of a teenager severely beaten while leaving Six Flags Over Georgia almost a decade ago. A jury had found the amusement park largely liable for the beating he suffered.

"This case stands for the common sense proposition that a property owner does not escape liability for an attack that begins on its premises simply because the victim moves outside the premises before the attack is completed," Georgia Supreme Court Justice Britt Grant, writing for the majority, said in the unanimous 37-page opinion handed down by the state's highest court June 5.

"We now expressly adopt this narrow principle, and hold that although the landowner’s duty is to maintain safety and security within its premises and approaches, liability may arise from a breach of that duty that proximately causes injuries even if the resulting injury ultimately is completed beyond that territorial sphere." 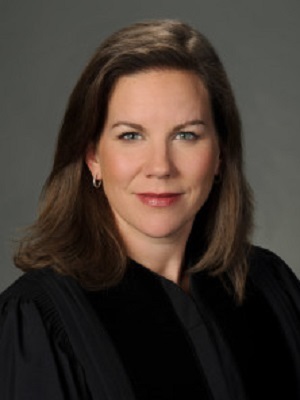 The high court's ruling reinstated the 2013 jury award that had been thrown out by the Georgia Court of Appeals in 2015 over the July 3, 2007, beating of a Marietta teenager while he was waiting for a bus following a visit to Six Flags Over Georgia. Joshua Martin, then 19, was beaten by four seasonal employees of the theme park who inflicted injuries so severe that Martin was comatose for about a week and left permanently brain damaged.

Seven young men, four of whom were park employees, were charged in the beating. Three of the seven, also in their teens, pleaded guilty about four months after the attack in exchange for their testimony against the other four. The high court's ruling in the widely reported Cobb County case upheld earlier court findings that Six Flags was liable for Martin's injuries but reversed Georgia Court of Appeals’ decision that threw out the jury award.

The Supreme Court also ordered a retrial over an error made in damages apportionment. The Cobb County jury in 2013 awarded Martin $35 million in damages, with about $32.2 million to be paid by Six Flags and $2.8 million by the four employees convicted in the assault.

Martin had been visiting Six Flags Over Georgia with his brother and friend. Earlier that same day, unknown to Martin, "a throng of young men affiliated with a gang-like group called the 'YGL,'" whose members included off-duty Six Flags employees, reportedly accosted and threatened two young families inside the park and in the parking lot, according to court documents.

The families alerted Six Flags security officers, who did confront and reprimand the young men but also allowed them back into the park. Martin, his brother and friend left the park just before its scheduled closing at 9 p.m. and were seated on guardrail on Six Flags property to wait for a bus when a group of about 40 began to approach. The three left the guardrail and were headed toward the bus stop when the group, including those dealt with earlier by park security, began to follow them. The unprovoked beating began soon after.

Attorneys for Martin and his family filed suit against Six Flags, alleging the park was liable for his injuries under Georgia law and that the park had field to exercise ordinary care to keep its premises and approaches safe. A civil assault and battery suit also was filed against four of the assailants and an additional person identified in court documents as "John Doe."

Six Flags’ liability didn't end just because Martin had left the park's boundaries when he tried to distance himself from his attackers, Grant wrote in the high court's opinion.

"But the evidence also reflects that Martin’s injuries were the culmination of a continuous string of events that were planned on Six Flags property, were executed at least in part on Six Flags property, and were the result of a failure by Six Flags to ‘exercise ordinary care to protect [its] invitee from unreasonable risks’ that Six Flags understood, and even tried to obscure from its patrons," Grant wrote.

"Under those circumstances, the question put to this court is whether Six Flags can evade liability for the foreseeable consequence of its failure to exercise ordinary care in keeping its premises safe, simply because its patron had moved off those premises in an attempt to distance himself from his attackers. The answer to that question is no."