"I write separately to criticize the oppression of what is euphemistically referred to as 'alternative dispute resolution,'" Arkansas Supreme Court Justice Josephine Hart wrote in her dissent in the June 1 decision handed down in the case, Kilgore v. Mullenax. "Whether it is mediation or, as in the case before us, arbitration, it is eroding the cornerstone of our democracy - judicial process."

Hart was the lone dissenting justice in the 6-1 ruling in the case between two former business partners in an Arkansas dental-management company, Senior Dental Care. The high court affirmed a circuit court order that confirmed the trial court's award in the case, ruling that jurisdiction was proper under the Federal Arbitration Act and that the circuit court had not erred when it didn't vacate the arbitration award on public policy grounds. 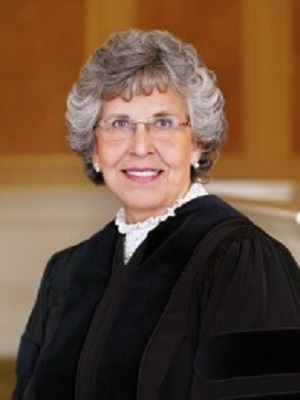 Justice Robin Wynne had previously recused himself from the case and was replaced by Special Justice Jason Hendren, a Rogers attorney, who sided with the majority in the high court's decision.

Alternative dispute resolution refers to various ways to settle a case without taking it to court. Proponents of the out-of-court arbitration and mediation method maintain it is a less formal, less expensive and quicker way to resolve difference between litigating parties. However, critics of alternative dispute resolution maintain the practice stacks the deck in favor of corporations looking for an easier way out of class action lawsuits.

The case before the Arkansas Supreme Court justices was between Joshua Kilgore and Robert Mullenax, who had d arrived at a settlement, including noncompete and non-disclosure agreements, after Kilgore left the dental business in 2013. The two agreed to arbitration, but Kilgore later bought into a Tennessee company, which Mullenax claimed amounted to a violation of their noncompete agreement.

Kilgore alleged that Mullenax had become embroiled in a kickback scheme, an allegation the majority said Kilgore had failed to substantiate.

In his appeal, Kilgore claimed whistleblower protection, alleging the arbitrator didn't have jurisdiction in the case under the Federal Arbitration Act. A Pulaski County Circuit Court later handed down a ruling enforcing the arbitrator's award, a ruling upheld by the Supreme Court's majority decision.

However, in her dissent, Hart said alternative dispute resolution is usurping judicial powers to resolve disputes.

"In my view, alternatives to judicial resolution of disputes should be anathema to every member of the judiciary," Hart said.

The dissenting justice also cited a passage from the Harper Lee novel "To Kill a Mockingbird" that refers to the courts as "the great levelers" that treats litigants equally and impartially, which is watered down by alternative dispute resolution.

"Forgoing justice in favor of expediency - for some - is too high a price to pay," Hart concluded. "I dissent."