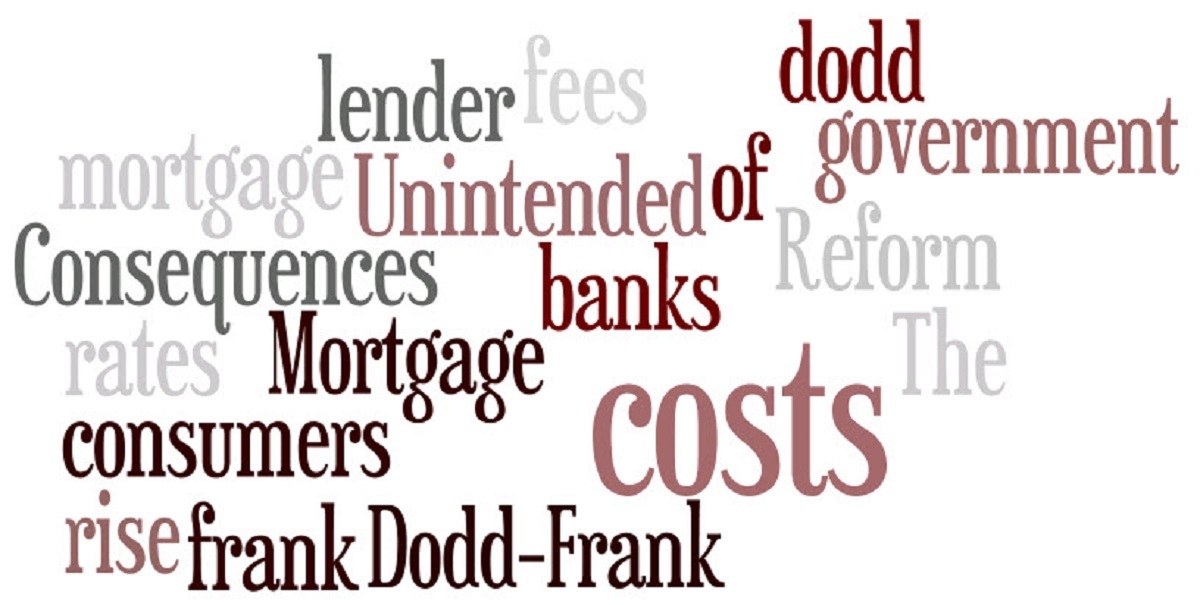 Hensarling described the bill as the “Republican alternative to the failed Dodd-Frank Wall Street Reform and Consumer Protection Act,” which, he argues, has contributed to the slowest economic recovery since World War II. Dodd-Frank was passed in the wake of the 2008 financial crisis.

“The Financial CHOICE Act guarantees that the era of big bank bailouts and ‘too big to fail’ is over,” Hensarling said. “For banks that fail, there will be bankruptcy, not bailouts.

“In order to qualify for much-needed regulatory relief, financial institutions will have to be so well-capitalized that they pose no threat to hardworking taxpayers or to our economy.”

Hensarling argues his bill lifts the “bureaucratic red tape” intended for big banks on Wall Street off of community banks and credit unions on Main Street.

“It expands access to capital for small businesses and innovative companies so that they can grow and create jobs,” he explained. “This will foster economic growth for all Americans, not just those at the top.”

This month, FSR sent a letter to the House Financial Services Committee outlining its support for many provisions of the legislation.

“Improvements to financial regulations can lead to economic growth, while still protecting taxpayers and consumers,” FSR CEO Tim Pawlenty said. “We thank the committee for its leadership in driving the regulatory reform debate forward and look forward to working with policymakers to craft a regulatory reform system that unlocks more economic opportunity for all Americans.”

“The ‘Financial CHOICE Act’ is a deceptively named Wall Street giveaway that rewards the bankers and hedge fund managers who have showered Rep. Hensarling and other members of the House Financial Services Committee with tens of millions of dollars in campaign cash. Wall Street is getting what they paid for and it is hard-working Americans who will be left holding the bag,” said Karl Frisch, executive director of Allied Progress.

According to the Center for Responsive Politics, Republican members of the House Financial Services Committee have received at least $32,211,535 from the financial industry.

“Rep. Hensarling’s ‘Financial CHOICE Act’ is so extreme it even erases protections that predate the financial crisis, allowing Wall Street and predatory lenders to once again prey on consumers without repercussion,” Frisch said. “This legislation almost entirely eliminates the powers of the Consumer Bureau to act forcefully against unfair, abusive, and predatory practices in consumer lending.”

“This bill, cynically and misleadingly named the ‘CHOICE’ Act, would continue to strip away everyday Americans’ access to justice,” Aron said. “It would cause more people to submit to forced arbitration, an abusive system that favors big corporations at the expense of consumers, who are prohibited from going to court if they are harmed by a business. Many consumers don’t even realize they must submit to forced arbitration until it’s too late, because the requirement is hidden in the ‘fine print’ of the sales agreements and contracts they sign.

“We call on the full House to stop this measure in its tracks and protect consumers from further abuses perpetrated by forced arbitration.”

Hensarling contends under Dodd-Frank, consumers are paying more and getting less.

“Their costs have gone up, and they have fewer choices, more hassles and less access to credit,” he said. “True consumer protection comes from competitive, transparent and innovative markets that are vigorously policed for fraud and deception.

“This is precisely what the Financial CHOICE Act will do.”

The bill was referred to the House Subcommittee on Commodity Exchanges, Energy and Credit May 4.

To read an executive summary of the legislation, click here.