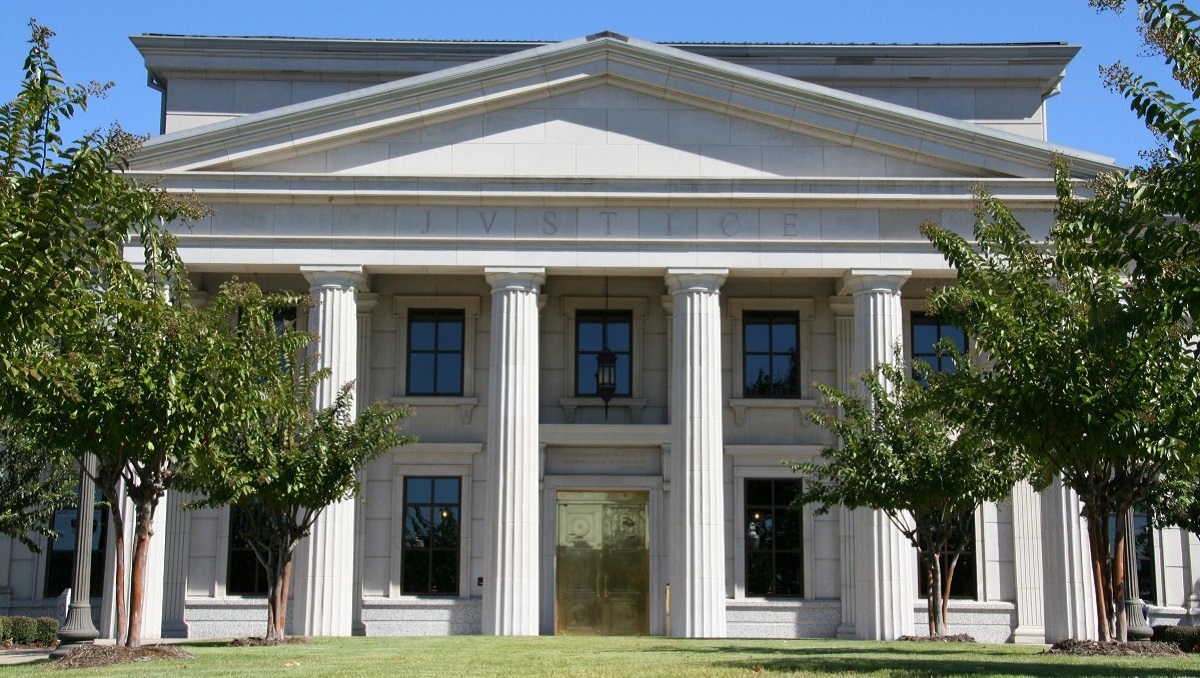 LITTLE ROCK, Ark. (Legal Newsline) - A majority of the Arkansas Supreme Court said it is unable to determine whether a circuit court abused its discretion in disqualifying a defendant’s attorney.

The state’s high court, in an April 27 decision, said the Phillips County Circuit Court failed to comply with its duty to record a hearing on the motion, forcing the Supreme Court to remand the case to settle the record.

“Unfortunately, we are unable to address the merits of the (Helena Country) Club’s arguments at this time because we are unable to determine from the record before us the arguments and evidence on which the circuit court based its decision to disqualify (Charles E.) Halbert (Jr.),” Goodson wrote. “While both parties agree that a telephone hearing was held on the Club’s motion to exclude evidence, and the circuit court’s order also refers to a hearing having been held, there is no transcript of this hearing in the record.”

Billy Ray Brocato, doing business as Splash Pool and Spa, filed a complaint against the Helena Country Club in September 2015, alleging claims of breach of contract and a violation of the Arkansas Deceptive Trade Practices Act, or ADTPA.

According to the complaint, Brocato had been providing pool maintenance and cleaning services to the club for the previous five years pursuant to an oral agreement.

Brocato claims he would perform the services he deemed appropriate and then bill the club for those services.

He said he was contacted by the club in April 2015 and instructed to prepare the pool for the upcoming summer season. He claims he conducted maintenance, repairs and cleaning on the pool in April and May 2015, that he submitted invoices to the club for the work, and that the club had since refused to pay him.

In all, Brocato alleged he suffered damages in the amount of $11,505.48, plus interest and costs. He also requested $25,000 in punitive damages.

The club, through its attorney, Halbert, filed an answer to the complaint and a counterclaim. In its counterclaim, the club alleged Brocato had been told all work must be approved in advance and that he had failed to ask for approval for certain extra work.

The club denied the extra work had been performed, and even if it had been, the club indicated it was not authorized.

In addition, the club claimed Brocato had knowingly placed excessive orders for pool chemicals and he allegedly had installed a new pump but had failed to produce an invoice for it.

The club asserted these actions constituted both fraud and a violation of the ADTPA and requested damages in excess of $11,000, as well as punitive damages.

The club, in June 2016, filed a motion to exclude evidence, claiming Brocato had recently notified Halbert he intended to call him as a witness at trial, which was scheduled for July 11, 2016.

According to the club’s motion, Brocato intended to introduce a statement allegedly made by Halbert during a telephone conversation during which the possibility of settlement was discussed with Brocato and his counsel, and Halbert had responded, “We aren’t paying him a f**king thing.”

The club claims both Halbert and Brocato’s counsel denied this event.

The club also argues Arkansas Rule of Evidence 408 prevents the introduction of this evidence and that admission of this alleged statement at trial might require the disqualification of Halbert.

Brocato filed a response to the motion and a brief in support in which he asserted the statement made by Halbert was not made during settlement negotiations but instead was made in response to a demand by Brocato’s counsel for payment.

The circuit court, after holding a telephone hearing on the club’s motion to exclude evidence, of which wasn’t transcribed, entered an order on July 8, 2016 disqualifying Halbert from representing the club.

The court found that “the potential for Mr. Halbert being called as a witness is imminent and it could be construed that the purpose of the evidence and/or testimony presented by Mr. Halbert would be for some other reason than the introduction of settlement negotiations.”

Soon after, the club filed a notice of interlocutory appeal with the Supreme Court.

The high court, in its ruling, pointed to Arkansas Supreme Court Administrative Order No. 4: “[u]nless waived on the record by the parties, it shall be the duty of any circuit court to require that a verbatim record be made of all proceedings, including any communications between the court and one or more members of the jury, pertaining to any contested matter before the court or the jury.”

“We stated that it puts this court at a considerable disadvantage in reviewing points on appeal pertaining to unrecorded hearings when a verbatim record is not before us, and we put the bench and bar on notice that ‘henceforth, this court will strictly construe and apply Administrative Order No. 4,’” Goodson wrote of the court’s 2003 ruling in Robinson v. State.

The Supreme Court said compliance with Order No. 4. is mandatory, not discretionary.

“Here, the issue of whether Brocato would be allowed to call Halbert as a witness at trial, thereby causing the circuit court to enter an order disqualifying Halbert from representing the Club, was clearly contested, as evidenced by the Club’s motion and Brocato’s response,” Goodson explained. “However, because the circuit court failed to comply with its duty to record the hearing on the motion, we are unable to determine whether the court abused its discretion in disqualifying Halpert under the facts in this case.

“We therefore remand this case to settle the record in this matter.”

“However, what the majority perceives as the lack of a record in this case does not prevent this court from making a decision; it facilitates it.”

Hart contends the circuit court decided to disqualify Halbert sua sponte -- a term that is usually applied to actions by a judge taken without a prior motion or request from the parties.

“We have stated that disqualification is a drastic measure to be imposed only where clearly required by the circumstances,” the justice noted.