Coca-Cola seeks dismissal in 'Made with real ginger' lawsuit

SAN FRANCISCO (Legal Newsline) - Coca-Cola is seeking dismissal in a class action lawsuit filed by a California woman who is alleging fraud and negligent misrepresentation on Ginger Ale packaging.

In a motion filed March 13 with the U.S. District Court for the Northern District of California, Coca-Cola contends plaintiff Jackie Fitzhenry-Russell of Santa Cruz, California, cannot support her claims on behalf of herself and others that Coca Cola and Does 1-50 made false and misleading claims regarding the actual content of their product.

According to the complaint, Fitzhenry-Russell and others suffered monetary damages by being misled into purchasing a falsely labeled Seagram's Ginger Ale product. The plaintiffs allege there was no ginger in the product marketed and promoted as having real ginger. 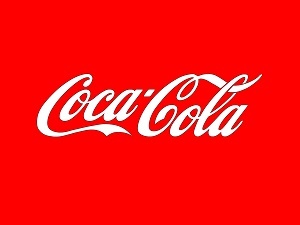 In its motion, Coca-Cola contends the plaintiff "utterly fails to allege that the statement at issue is false," noting Fitzhenry-Russell cannot “plausibly allege” that “Made with real ginger” is "false or misleading to a reasonable consumer.”

Coca-Cola further contends the plaintiff has provided no proof that she has seen any marketing materials with the statement other than the product label itself.

"Like most food-labeling complaints, the plaintiff’s complaint includes allegations that she was 'attracted to' the product in part because of that representation, that she paid a price premium as a result of it, and that she is entitled to damages,” Coca-Cola said in its motion.

"Also, like many food-labeling cases, it is not the only one of its kind. The same day that the plaintiff filed this complaint, she filed a virtually identical one against another soft drink company.

"Courts in this circuit have routinely have dismissed consumer protection complaints based on facially incredible interpretations of advertising claims, and this court should do the same here.”