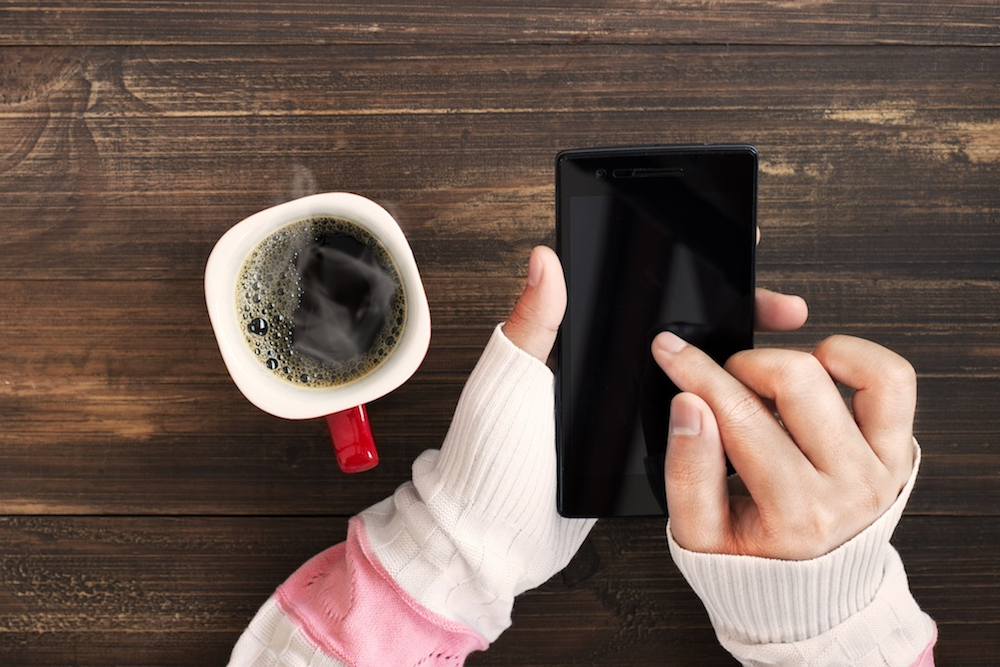 From Legal Newsline: This is the first in a three-part series examining individuals who have found a source of income by filing lawsuits under a federal telemarketing law. To read Part Two – the story of a Polish immigrant who has allegedly made more than $800,000 with a phone number belonging to his ex- wife – click here. Click here for Part Three, which examines racketeering allegations against attorneys.

In June 2014, Melody Stoops began a business venture that would lead to the collection of at least 35 cell phones that she stored in a shoebox. Though she lived in a small town in central Pennsylvania, she used Florida area codes when she registered for a new phone number for each.

Why? After a 2013 guilty plea to theft in Colorado, it was a strategic part of her new career.

“I knew that people had hardships in Florida, that they would be usually defaulting on their loans or their credit cards,” she testified in October 2015.

More than 25 years after its passage, a federal telemarketing law hasn’t just created a cottage industry for lawyers – it has spawned a group of professional plaintiffs like Stoops who are armed with several cell phones for the purpose of receiving debt collection calls often intended for other individuals.

These calls lead to demand letters and lawsuits – sometimes filed as class actions – under 1991’s Telephone Consumer Protect Act (TCPA). Penalties can be as high as $1,500 per call, and the cost for a company to defend itself against the allegations is significantly higher.

Research conducted by Legal Newsline showed Stoops isn’t alone with her business plan. Other plaintiffs across the country have done the same while seeking a return on the simple investment of a disposable phone and a new number. For some, only one number is needed to file dozens of lawsuits.

One lawsuit blamed AT&T for trying to reach out to a customer who had signed up for possible home invasion alerts. Another plaintiff with 30 lawsuits lost his Social Security Disability benefits because he recovered too much from TCPA lawsuits (one defendant insinuates the amount approaches $800,000).

And one company recently alleged that a Los Angeles-area attorney named Todd Friedman has teamed with a client in a lawsuits-for-profit scheme, while other plaintiffs firms offer free apps that create a call log for users who are interested in bringing TCPA claims.

Ultimately, Stoops filed lawsuits against nine companies and sent approximately 20 demand letters. A federal judge ruled in her case against Wells Fargo that the calls were not “a nuisance and an invasion of privacy” under the TCPA because she admitted she had filled her shoebox with phones for the purpose of filing TCPA claims.

No injury, no case - Wells Fargo was awarded dismissal. She has not filed a lawsuit since.

The TCPA was signed into law in 1991, when only 3 percent of Americans subscribed to a wireless telephone service. It was designed to protect consumers upset with unwanted calls from telemarketers, specifically those made with an automated dialing machine.

It restricted calls made to residential phone lines without prior express consent from the consumer. Exceptions included calls made for emergency purposes or to collect a debt on behalf of the United States.

If a company violates the TCPA, it is subject to fines of $500 per call, and if the violation is found to be “knowing” or “willful,” that amount is tripled.

Individuals receiving calls they believe to be in violation have two options to try to maximize recovery.

-Answer the phone, tell the company to stop calling and hope the calls keep coming. Those calls could be construed as “willful” violations of the TCPA and lead to triple damages; or

-Don’t answer the phone, never tell the company to stop calling but chronicle how many times it does. This would lead to only $500 claims but keeps the company calling.

The more popular option, according to TCPA defense attorney Jessica Klander of Bassford Remele in Minneapolis, is to amass as many calls as possible by never answering the phone. That’s because most of the companies she represents stop calling when told to.

“There are always going to be instances where that doesn’t happen, but in most instances they stop calling,” she said.

“More often we see folks not answering, then documenting the calls.”

Kirby Spencer said he started researching the TCPA in 2011. According to court documents filed by AT&T, he eventually bought 15 inexpensive cell phones for the purpose of filing TCPA lawsuits in Nevada federal court.

And when AT&T tried to send an emergency text to a customer who had signed up for the company’s home security system, it found out that Spencer had acquired that customer’s phone number.

The AT&T customer had requested a text alert when her front or kitchen door opened. She did not notify AT&T that she had changed her number.

“Mr. Spencer is seeking to exploit the TCPA to recover a $2.7 million jackpot in statutory penalties because he inadvertently received – on a five-dollar disposable cell phone that he seldom used – emergency text alerts that the previous user of his cell phone number had requested,” AT&T’s attorneys wrote in November while asking for summary judgment.

“(Spencer) waited for the text alerts to accumulate, and then filed this lawsuit seeking millions of dollars unrelated to any alleged harm that he experienced.”

Spencer testified that he purchased his phones for “marketing purposes” and that he was involved in real estate matters. He also says he told AT&T to stop texting him, though the company sent him more than 2,000 messages.

AT&T blamed him for not attempting to block the texts, ask his wireless provider for a new number or not use one of his other disposable phones.

“While (AT&T) does its best to muddy the waters and smear Plaintiff’s character, the factual basis for Plaintiff’s claim is irrefutable, and (AT&T’s) liability is clear.”

Ultimately, Spencer and AT&T reached a settlement in May. Terms of TCPA settlement lawsuits that never reach class action status are confidential.

Defendants pay approximately $100,000 in attorneys fees and other costs to defend themselves from the beginning of a lawsuit through a trial. And if the plaintiff is successful in earning class action status for the lawsuit, that figure can jump to approximately $500,000.

But most cases end in a quick settlement. Companies would rather pay off the plaintiff than pay attorneys to fight the claims at trial and risk an adverse jury verdict that could reach millions of dollars.

The hope in fighting TCPA claims is that it will deter plaintiffs attorneys from targeting the company in the future. But it’s unclear if that strategy works.

Plaintiffs aren’t taking a gamble when filing claims. Costs are paid by the attorneys representing them on a contingency fee.

Click here for Part Two – the story of a Polish immigrant who has allegedly made more than $800,000 with a phone number belonging to his ex-wife. Reach editor John O'Brien at john.obrien@therecordinc.com.