D.C. attorney general intervenes in lawsuit against Department of Education

WASHINGTON (Legal Newsline) —District of Columbia Attorney General Karl A. Racine announced Jan. 24 that he has motioned to intervene, along with four other state attorneys general, in a lawsuit to defend the Department of Education (DOE).

The department chose not to renew credentials for the Accrediting Council for Colleges and Schools (ACICS). The secretary of education determined that the council accredited predatory for-profit schools. These colleges allegedly took advantage of student borrowers.  The ACICS is suing the DOE in U.S. District Court for the District of Columbia, challenging the DOE ruling. 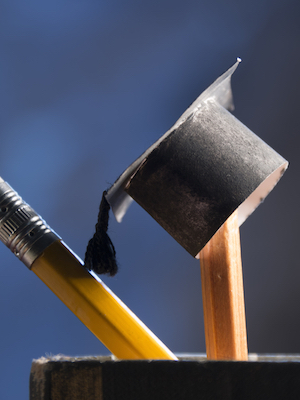 “State attorneys general are charged with protecting consumers, including students, and our office strongly supported the Department of Education’s decision to terminate ACICS as a federally sanctioned accrediting body,” Racine said. “ACICS accredited predatory schools like Corinthian Colleges and ITT Tech, helping them defraud students and gain hundreds of millions of dollars from student loans in the process. We want to ensure that the Department of Education’s decision continues to stand.”

Want to get notified whenever we write about U.S.Department of Education ?

Sign-up Next time we write about U.S.Department of Education, we'll email you a link to the story. You may edit your settings or unsubscribe at any time.