The Federal Insecticide, Fungicide, and Rodenticide Act’s Worker Protection Standard was put into place to protect agricultural workers. According to the EPA, Syngenta violated this standard at its crop research farm in Kekaha, Kauai, by misusing the pesticide “Lorsban Advanced.” 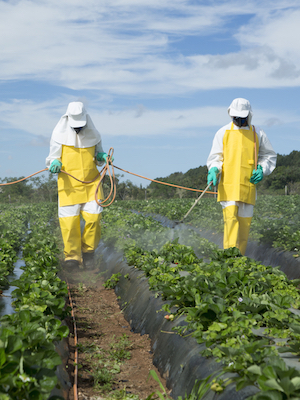 The company allegedly used the restricted-used pesticide, which is not available to the general public because of its high toxicity, on one of its fields. The EPA argues that Syngenta failed to notify its workers to avoid that field; the failure resulted in 10 workers being sent to a nearby hospital for medical treatment.

“Reducing pesticide exposure is a high priority, as it directly affects the health of farm workers,” said Alexis Strauss, EPA’s acting regional administrator for the Pacific Southwest. “EPA is committed to enforcing the federal law that protects those who spend long hours in the fields. We appreciate working with the Hawaii Department of Agriculture to respond to this serious incident.”

The EPA seeks civil penalties of more than $4.8 million to resolve the violation allegations.