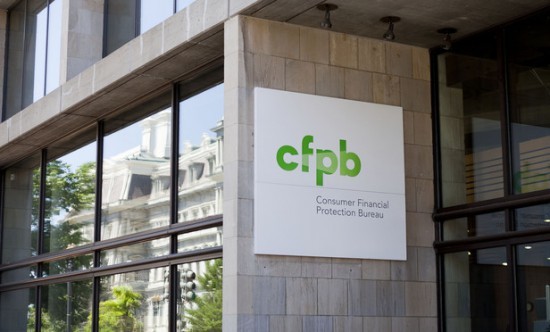 WASHINGTON (Legal Newsline) - The attorney who pioneered the use of pre-dispute arbitration provisions in consumer contracts believes it is “very likely” that the Consumer Financial Protection Bureau will finalize its proposed set of rules prohibiting arbitration clauses that prevent class action lawsuits before President-Elect Donald Trump’s inauguration next month.

Kaplinsky, leader of the Consumer Financial Services Group for the firm Ballard Spahr LLP, recently told Legal Newsline that there is “perhaps an 80 percent” chance the bureau will issue a final rule before Jan. 20.

While the CFPB has not indicated publicly that the presidential change-over is its deadline, Kaplinsky said the rumors are “rampant.”

“The proposed arbitration rule is very simple (unlike the proposed small-dollar loan rule),” he pointed out.

“The Obama Administration is encouraging all executive agencies to complete as many rules as possible before Jan. 20.”

The 115th Congress is scheduled to convene Jan. 3 at noon EST. A joint session to count the electoral votes of the 2016 presidential election will be held Jan. 6. Trump and Vice President-Elect Mike Pence are to be inaugurated Jan. 20.

Republicans maintain control of both the U.S. House of Representatives and U.S. Senate as a result of the November elections.

That could come into play if the CFPB finalizes the rule ahead of Trump’s inauguration, Kaplinsky noted.

“It will enable them to use the Congressional Review Act to nullify the rule,” he said of a Republican-controlled Congress. “It will require a simple majority vote in the House and Senate and President Trump’s signature.”

The law empowers Congress to review, by means of an expedited legislative process, new federal regulations issued by government agencies and, by passage of a joint resolution, to overrule a regulation.

Kaplinsky said if the CFPB fails to finalize the proposed set of rules before Jan. 20, they are unlikely to move forward.

“Nothing [will happen], unless and until Trump dismisses Cordray and a successor is appointed by Trump and confirmed by a simple majority of the Senate,” he said. “Presumably, the new director will not finalize the rule.”

Kaplinsky has been a vocal opponent of the CFPB’s proposed set of rules even before they were officially released by the bureau.

Kaplinsky, who was interviewed numerous times over the span of months by the Times, argued the newspaper omitted key information he provided its reporters regarding class action litigation and the CFPB’s study.

The comment period on the CFPB’s proposal closed on Aug. 22. More than 12,000 comments were received by the bureau.

The CFPB, an independent agency of the federal government responsible for consumer protection in the financial sector, published its proposal in the Federal Register on May 24, with a 90-day comment period.

Special interest groups, consumer lawyers and even citizens chimed in on the proposed set of rules.

In September, leaders of a Congressional subcommittee urged the CFPB to include a safe harbor provision in its final set of rules.

They asked the bureau to consider providing a safe harbor that allows financial companies to retain class action waivers in their arbitration clauses. A safe harbor refers to a legal provision to reduce or eliminate liability in certain situations as long as certain conditions are met.

Class action waivers are sections of a contract that prevent someone from filing a class action lawsuit and can be found in many different types of contracts, including employment contracts.