Suzann Moore, Michelle Soto Fielder and Melissa Thaxton filed a complaint on behalf of themselves and all persons similarly situated Aug. 12 in U.S. District Court for the District of New Jersey against Samsung Electronics America Inc. and Samsung Electronics Co. Ltd., citing breach of implied warranty, negligence and other counts. 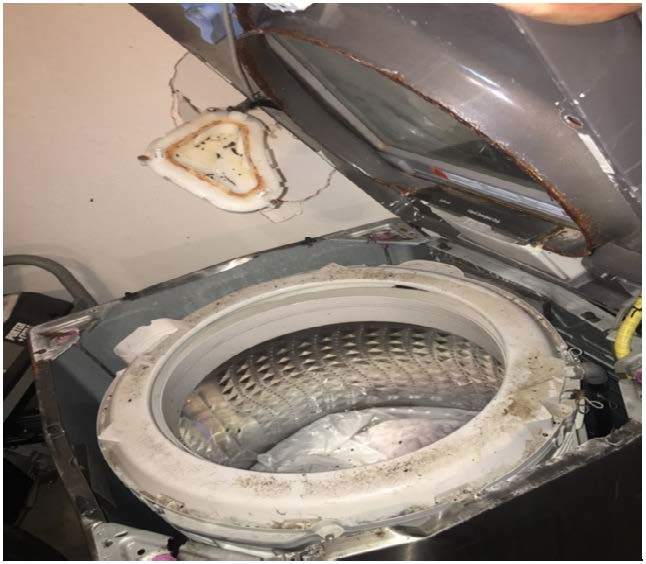 According to the complaint, the plaintiffs allege that they suffered damage from purchasing Samsung washing machines that exploded when used. The suit states the W400 and W500 models used by the plaintiffs all have high-speed motors and have flawed assembly dampers. Because the dampers are allegedly malfunctioning, the tub becomes unfastened during a spin cycle, causing an explosion.

One plaintiff said in the complaint that she heard a loud crash and the entire house shook violently. The complaint describes the washing machine jumping out from the wall several feet, the washer was dislodged from the base of the machine, the metal sides were bent and distorted, electrical wires were hanging out of the back of the machine and damage to personal property had occurred as a result of the explosion.

“If my wife or son were in the room when this happened, I have no doubt that they would be in the hospital or possibly even killed,” a plaintiff said in the complaint.

“I think the best way to get a sense for what is going on is to take a look at photos in the complaint," Jason Lichtman, one of the attorneys for the plaintiffs, told Legal Newsline.

The pictures included in the plaintiffs’ legal filings show several Samsung washing machines bent and broken, laying on their sides, some with debris covering them, and damage to surrounding personal property.

"On Sept. 28, we moved for a temporary restraining order (TRO), a preliminary injunction and expedited discovery, and the court set a hearing on the TRO for Oct. 4,” Lichtman said.

In the request for the TRO, Lichtman asks for a court order to prevent Samsung from allegedly destroying “any more evidence.” The plaintiffs contend that Samsung has been aware of the exploding washers since at least 2013 when one of its consumers was physically injured during an explosion. The complaint says the customer’s injuries required reconstructive jaw surgery and left her permanently disabled.

The motion also argues Samsung was sued for the first time in 2014 for the exploding machines, yet instead of remedying the issue by ceasing to sell the machines, Samsung contacted consumers who reported the explosions, offered a replacement machine, then picked up the defective machines and destroyed them. The plaintiff cites at least 25 reports of exploding machines. It also argues Samsung not only destroys the machines but also continues to sell them.

The motion reads, “This is a case about washing machines that explode. Defendants Samsung Electronics America Inc. and Samsung Electronics Co., Ltd. (collectively, “Samsung”) have known that their washers blow themselves apart since at least Oct. 24, 2013, when one of their washers exploded in California, injuring a woman. Over the past three years, consumers report that at least 25 additional washers have exploded. These explosions are dangerous; they cause property damage and injury.”

In the plaintiffs’ request for expedited discovery, it asks the court to permit inspection of any washing machine in Samsung’s control that has blown itself apart, for Samsung to produce technical diagrams of the washing machines, to detail all complaints from consumers alleging their Samsung washing machines exploded and all documents relative to the possibility its machines could explode.

“It’s difficult to comment on all of these issues at this stage of litigation because Samsung has not yet answered or otherwise responded to our complaint,” Lichtman said.

A representative for Samsung told Legal Newsline, “Samsung does not comment on any pending litigation.”

The plaintiffs request a trial by jury and seek award damages to the plaintiffs, declare that the washing machines are defective, enjoin the defendant from selling the defective machines and restitution.