WASHINGTON (Legal Newsline) — The U.S. Environmental Protection Agency (EPA) has announced its final determination that, under the Clean Air Act, greenhouse gas (GHG) emissions from certain types of aircraft engines contribute to the pollution that causes climate change and endangers the environment and the health of U.S. citizens.

According to the EPA, the carbon dioxide (CO2), methane, nitrous oxide, hydrofluorocarbons (HFCs), perfluorocarbons (PFCs), and sulfur hexafluoride (SF6) in certain jet planes contribute to the problem of human-caused climate change. Large commercial jets use many of these problematic GHGs. 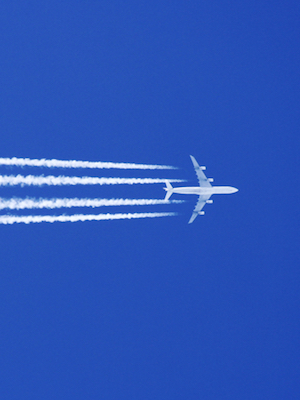 “Addressing pollution from aircraft is an important element of U.S. efforts to address climate change. Aircraft are the third largest contributor to GHG emissions in the U.S. transportation sector, and these emissions are expected to increase in the future,” said Janet McCabe, EPA’s acting assistant administrator for air and radiation. “EPA has already set effective GHG standards for cars and trucks, and any future aircraft engine standards will also provide important climate and public health benefits.”

The EPA plans to ultimately create domestic GHG engine standards for the air travel industry. The rule-making process will provide opportunities for companies in the industry, as well as NGOs and other interested parties, to provide input.