An Amendment to Limit Attorney Contingency Fees and Non-Economic Damages in Medical Lawsuits is the second version of the amendment that the group put forward in April.

“We did a similar measure at first to make sure that the language would be okay with the Attorney General’s Office,” Dan Greenberg, leader of AAI, told Legal Newsline. “Once it was approved we filed a measure that was somewhat different.” 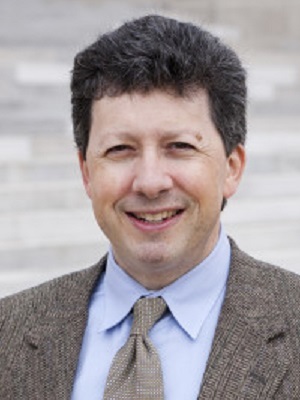 The amendment was put forward by Greenberg, a former Arkansas House of Representatives member and current attorney who is now the President of the Advance Arkansas Institute, a policy and legislation free market think tank.

The first proposed amendment called only for the Arkansas General Assembly to enact laws that specify maximum dollar amounts for non-economic damages and a maximum ratio of punitive to compensatory damages against health care providers. It did not assign specific values.

The second proposed amendment, the one for which the group will be seeking signatures, defines maximum contingency fees no greater than 33.3 percent of the amount recovered. It also calls for the General Assembly to specify a maximum dollar amount for a cap on non-economic damages that would be at least $250,000.

Rutledge has made no comment on the amendment itself. The purpose of the review is not to weigh the merits of the proposal, but to ensure that it is clearly stated, so the public can make their own decision.

“The only role that our office has in the process is making sure that the voters understand what they’re voting on,” Judd Deere, Communications Director for the Attorney General’s Office told Legal Newsline.

Certification of this amendment by the Attorney General’s Office is the first step in the process of getting the amendment on the ballot in November. It means that the group can now start attempting to collect the 84,859 signatures required to qualify.

That equals 10 percent of the votes cast in the last gubernatorial election. Those signatures must come from residents in at least 15 of the state’s 75 counties.

Chase Dugger of JCD Consulting Services consulted on the amendment.

“Chase is a long-time political activist that I’ve known for some years, and he’s been quite active with respect to running successful campaigns,” Greenberg said.

It is not yet clear what kind of support the amendment will have. Thus far, no backers have been named aside from Greenberg himself.

“When we filed, we hadn’t actually raised any money,” Greenburg said. “We didn’t actually have any donors. As soon as we have donors we will absolutely be disclosing them.”

Money will be needed to pay signature-gatherers and to develop advertising to inform voters about the amendment.

Want to get notified whenever we write about Arkansas House of Representatives ?

Sign-up Next time we write about Arkansas House of Representatives, we'll email you a link to the story. You may edit your settings or unsubscribe at any time.