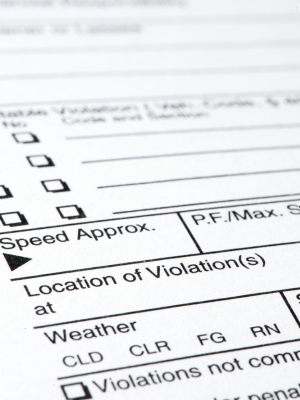 Natalie Badillo of Chicago and Marina Pulido of Berwyn, individually and for all others similarly situated, filed a class action lawsuit April 27 in U.S. District Court for the Northern District of Illinois Eastern Division against the city of Chicago, alleging unjust enrichment, conversion, and violations of the Illinois Consumer Fraud and Deceptive Business Practices Act and similar laws in other states.

The suit alleges the city issued tickets to motorists that were void because they failed to comply with a certain Illinois vehicle code and the city's related ordinance. Specifically, the lawsuit says, the tickets did not specify the vehicle's make when readily discernible or did not mark the make as "other," as the above code and ordinance require.

As a result, the complaint states, the city wrongfully collected and continues to seek payment for invalid tickets.

The plaintiffs and others in the class seek a jury trial, compensatory and punitive damages, declaratory and injunctive relief, interest, restitution, attorney fees, and costs of the suit. They are represented by attorneys Katrina Carroll and Kyle A. Shamberg of Lite DePalma Greenberg in Chicago, Steven R. Jaffe of Farmer Jaffe Weissing Edwards Fistos & Lehrman in Fort Lauderdale, Florida, and Michael G. Salazar, Jr. of The Ticket Clinic in Stone Park, Illinois.

Want to get notified whenever we write about City of Chicago ?

Sign-up Next time we write about City of Chicago, we'll email you a link to the story. You may edit your settings or unsubscribe at any time.