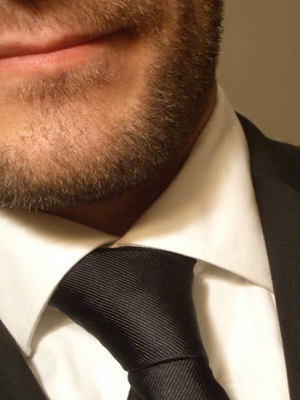 "Even if it passes Congress, it faces a sure veto from President Obama," said Jonathan Crotty, a partner with Parker Poe in Charlotte, N.C. and head of the firm's employment and benefits group,

"Opponents of the new rules may have a better chance through legal challenges to the regulations. Federal courts will be asked to determine whether the salary level is arbitrary and capricious, and whether DOL has the legislative authority to make these changes.

"During the rulemaking process, DOL specifically avoided making other proposed changes to the overtime exemptions in order to build the strongest defense to legal challenges to the regulations."

Introduced in early March by Sen. Tim Scott, R-S.C., and Rep. Tim Walberg, R-Mich., the Protecting Workplace Advancement and Opportunity Act is a response to the DOL's much-watched white collar overtime exemption rules. Under those rules, more white collar employees would be eligible for overtime than currently are.

Under present DOL guidelines, salaried workers who earn more than $23,660 per year don't have to be paid overtime, even if their work week exceeds 40 hours.

While the proposed rules have not been finalized, DOL officials and the White House have said the new overtime threshold could be $50,440 per year.

"The new rule will more than double the minimum salary required to claim the most common exemptions to the overtime requirements of the Fair Labor Standards Act," Crotty said.

"This means that companies paying these employees less than about $51,000 per year would have to either raise their salaries, or start paying overtime when those employees work over 40 hours a week.

"In addition, the minimum salary would be linked to inflation, meaning that it could increase each year without the need for additional DOL rules."

The effect of the new rules would be felt where it may be too much to bear, Crotty said.

"From my perspective, many of my clients most impacted by the change are nonprofits," he said. "Often, they do not have the means to pay salaries at this level, and will be required to reclassify many of their employees as non-exempt."

DOL officials and Democrats have said these new rules would raise millions of low-wage workers out of poverty. Opponents of the new rules and Republicans have said that workers whom the rules are supposed to help would see their work hours reduced and limit their opportunity for advancement.

The Protecting Workplace Advancement and Opportunity Act would restrict the DOL's power to issue overtime rules, but would not ban it outright.

The proposed act was introduced into the Senate as soon as the DOL's exemption rule came under review by the White House Office of Management and Budget. The proposed act was referred on March 17 to the Committee on Health, Education, Labor, and Pensions, where it remains. The DOL has since issued a fact sheet defining and delimiting the exemptions for White Collar employees, but there has been little visible activity since.