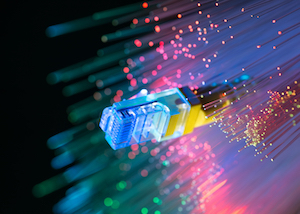 WASHINGTON (Legal Newsline) – A coalition of advertising industry groups is asking the Federal Communications Commission for more time to consider and comment on a proposed broadband privacy rule.

The rule would require internet service providers to get explicit consent from users before collecting data used to target advertising.

The rule is open for initial comments until May 27, but industry groups - including the American Association of Advertising Agencies, Direct Marketing Association, National Business Coalition on E-Commerce & Privacy and Electronic Retailer Association, among others - are asking for a two-month extension. The Association of National Advertisers made a similar request earlier this month.

The proposal involves complicated legal, administrative and technological issues, Ronald Camhi, an attorney at Michelman & Robinson in Los Angeles, told Legal Newsline. Camhi is a corporate attorney who has represented companies in advertising and media issues.

The advertising industry will concentrate on how the rule for internet providers would impact it. In a letter to the FCC, the coalition requested more time because of the length of the proposal — it’s nearly 150 pages and includes 50 questions for comment — and its far-reaching ramifications for groups outside its intended scope.

Advertisers will likely use the comment period to point out that the FCC proposal is meant for internet service providers only, and the advertising industry is already regulated by the Federal Trade Commission.

“The FCC proposal would essentially be the strongest privacy regulations for any segment of the technology and telecommunications industries, and there is at least an argument to be made that this is both inequitable and creates a confusing patchwork of federal privacy regulations that is unworkable in practice,” Camhi said.

The recent steps come about a year after the FCC voted to regulate internet service providers as a public utility.

Camhi expects the proposal sets the stage for “a dynamic discussion” between interested groups, including privacy advocates, consumers, industry groups and, of course, internet service providers. The impact on internet users’ privacy, as well as the cost and quality of service, is hard to predict.

As a consequence, consumers may see less content, choice and competition if the rule limits advertisers' target marketing abilities.

“Consumer advocates will of course chalk this up as a victory for privacy, but the results are potentially more mixed," Camhi said.

"Broadband providers already face a host of regulations imposed by, for example, the FTC. Therefore, it is not as if consumers will all of a sudden have privacy protections that were completely absent before."