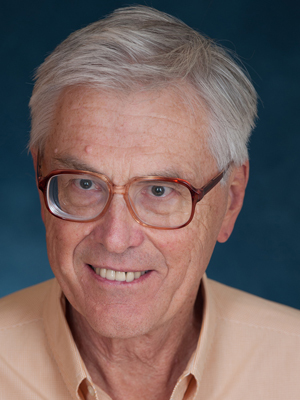 WHITE PLAINS, N.Y. (Legal Newsline) – Although a settlement this year between Major League Baseball and its fans avoided a trial, an antitrust expert for the plaintiffs says MLB remains vulnerable to future legal challenges.

The two fundamental grievances underlying the class action lawsuit against MLB, Comcast and a variety of sports clubs were not resolved by the settlement reached in January, Stanford University professor Roger Noll told Legal News Line.

“There were two really big issues. They were the ability to gain access to a single out-of-market game – because fans are more interested in following one particular team, not having access to 30 teams – and the status of the league’s antitrust exemption,” Noll said.

In a 1921 case over labor market rules, not broadcasting blackouts, the U.S. Supreme Court ruled baseball was not interstate commerce. Instead, the games were determined to be exhibitions exempt from antitrust laws.

Since then, various sports clubs have sued their respective leagues on antitrust grounds. The New York Rangers sued the National Hockey League. The Chicago Bulls sued the National Basketball Association. However, those challenges were settled before reaching the U.S. Supreme Court.

In the 2012 complaint against MLB, the fans’ attorneys argued that the Supreme Court has reaffirmed lower court decisions that sports leagues are subject to antitrust laws and that league owners must refrain from agreements that unreasonably restrain trade.

“The hallmark of an unreasonable restraint is one that raises price, lowers output, or renders output unresponsive to consumer preference,” the complaint said, adding, “The distribution of video presentations of baseball games is subject to the antitrust laws.”

“The only way consumers can watch video presentations of other teams is through one of two exclusive ‘out-of-market’ packages: ‘MLB.TV,’ which is available through the Internet, or ‘MLB Extra Innings,’ a product similar to MLB.TV, which the League offers through cable and satellite providers,” the complaint said.

For either package, in-market games are blacked out to protect the local television partner. Consequently, a New York Mets fan living in New York is not able to watch the Mets play through either the Internet or television package. The fan must subscribe to a cable package that includes the channels that carry Mets' games.

In May 2015, those challenging the league’s policies were granted class action status for injunctive relief, but not damages. The settlement was reached about six months later, on Jan. 18.

“Had they been granted class action status for damages, the case probably would have been settled in a couple of days. By not certifying damages for the class action, the probability of a settlement went down because the Major League Baseball had much less to lose,” Noll said.

According to Noll, the settlement enables MLB to continue claiming an antitrust exemption. The emergence of other distribution channels also creates potential reasons for litigation. For example only cable subscribers can access MLB.com on cell phones.

“Some grey areas still remain, and it seems to me more class actions could arise depending on Major League Baseball’s policy on restricting access,” Noll said.

Noll, who serves as director of the Program in Regulatory Policy at the Stanford Institute for Economic Policy Research, has written 14 books on such topics as the economics of the sports and entertainment industry. He testified on behalf of the disgruntled fans during the class action phase of the proceedings.

Want to get notified whenever we write about Major League Baseball ?

Sign-up Next time we write about Major League Baseball, we'll email you a link to the story. You may edit your settings or unsubscribe at any time.