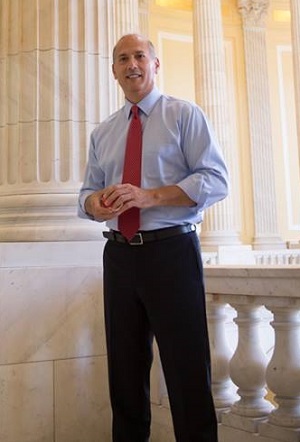 WASHINGTON (Legal Newsline) - Federal lawmakers say it’s time to rein in the U.S. Department of Justice and its ability to direct millions, even billions, of dollars to third parties in settlement agreements.

On Thursday, members of the U.S. House Judiciary Committee’s Subcommittee on Regulatory Reform, Commercial and Antitrust Law held a hearing on H.R. 5063, the Stop Settlement Slush Funds Act of 2016.

The bill, sponsored by House Judiciary Chairman Bob Goodlatte and mostly backed by Republicans at this point, prohibits settlement terms that require donations to third parties. The legislation states explicitly that payments to provide restitution for actual harm directly caused, including harm to the environment, are not donations.

Goodlatte, R-VA, introduced the bill after an investigation by the House Judiciary and Financial Services committees revealed that in the last two years, the DOJ has used mandatory donations to direct as much as $880 million to what some would describe as “activist” groups.

“In just the last two years, the DOJ has directed nearly a billion dollars to third parties entirely outside of Congress’ spending and oversight authority. Of that, over half-a-billion has already been disbursed or is committed to being disbursed,” he told subcommittee members. “In some cases, these mandatory donation provisions reinstate funding Congress specifically cut.”

Goodlatte said ultimately it’s not a question of whether the beneficiaries of such donations are worthy, but whether the DOJ, under the U.S. Constitution, has the power to make such decisions.

“This is not some esoteric point,” he said. “It goes to the heart of the Separation of Powers theory and Congress’ ability to rein in the Executive in practice.”

Federal lawmakers contend the DOJ continues to resist their requests for information. However, they say what information has been provided shows groups that stood to gain from the donation provisions had a hand in putting those provisions in settlements.

“This ability to use law enforcement authority to channel funds to favored groups creates a serious threat that the authority to prosecute is being used to further officials’ personal or political goals rather than the public interest standard that must govern law enforcement decisions,” said Dan Lungren, a former California Attorney General who served in the House from 1979 to 1989 and again from 2005 to 2013. “Furthermore, these decisions are being made outside of the normal appropriations process.

“Let’s be honest. Does anyone believe that these donations are freely-given, voluntary monetary expressions of support for these organizations? No, they are coerced payments to these entities mandated by officials acting with the full power and majesty of the government.”

Lungren pointed out some examples of the “grant” phenomenon:

* In 2012, the DOJ forced Gibson Guitars to pay a $50,000 “community service payment” to the National Fish and Wildlife Foundation even though the foundation was not a victim of the alleged crime and had no direct connection to the case.

* In 2006, the DOJ forced a wastewater plant that had been accused of violating the Clean Water Act to give $1 million to the U.S. Coast Guard Alumni Association. Again, Lungren pointed out, the association had no connection to the case and had suffered no harm, direct or indirect.

Despite lawmakers’ continued concerns about such donations, the DOJ instead has “doubled down” in recent weeks, Lungren said.

Two weeks ago, a major DOJ bank settlement with Goldman Sachs required $240 million in “financing and/or donations” toward affordable housing.

“It’s time for Congress to take action, to stop this abuse,” Lungren told the subcommittee.

Subcommittee Chairman Tom Marino, R-PA, a former federal prosecutor himself, agreed, saying a line “has to be drawn.”

“Over the past year-and-a-half, our investigation has brought to light the unnerving lengths the Obama administration will go to promote its agenda. Even more disturbing are the efforts by the Department of Justice to impede the oversight responsibilities of this committee,” he said.

“Our Constitution ensures separation of powers by giving Congress the power of the purse. Executive agencies cannot simply divert funds intended for taxpayers and the U.S. Treasury to fulfill their own personal agendas. This type of blatant disregard for our Constitution is not only an affront to our system of checks and balances, but threatens our democratic process.”

Marino, who described H.R. 5063 as a “common sense bill,” admitted it may need some tweaking -- hence, Thursday’s hearing, he said.

“I want to make sure this legislation has the proper scope,” he said.

David Uhlmann, director of the Environmental Law and Policy Program at the University of Michigan Law School and who mostly testified against the legislation, agreed that certain specific limits on the DOJ’s authority could be beneficial.

“There’s no question there are circumstances where this authority could be abused, and we’ve come up with some isolated examples of where it might have occurred in the past,” said Uhlmann, who served in the DOJ for 17 years , seven of which as the chief of the Environmental Crimes Section. “But I think it’s unfair to suggest that that’s what is happening in a majority of these settlements.

“However, I think rules of the road are always helpful and any clarification is a good thing.”

Paul Figley, the associated director of Legal Rhetoric at American University’s Washington College of Law, suggested those organizations interested in such “grants” from defendants apply after the money is placed in the U.S. Treasury.

“Let Congress decide how it’s utilized and who it’s ultimately given to,” he said. “That way there’s more transparency.”

But some subcommittee members, including Rep. Hank Johnson, D-GA, expressed concern over the legislation.

“H.R. 5603 would remove an important civil enforcement tool,” he argued, adding that it would have “potentially disastrous” consequences.

Johnson said he fears the bill is an “unwarranted encroachment” on prosecutorial authority and would only create more uncertainty, delay and litigation.

Marino shot back, noting the extreme lack of oversight.

“I guess that’s the thing that really bothers me: where’s the money going and why?” he said.

“It’s especially disturbing to find out the funding is going to a place that Congress specifically cut.”