Department of Education to review accrediting complaint from state AGs 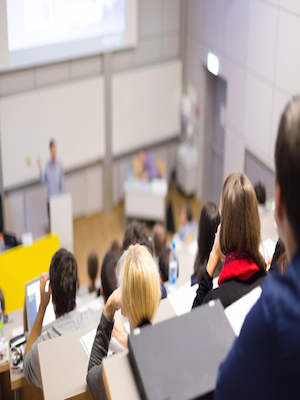 The attorneys general of 12 states are seeking to protect students from an agency they say is accrediting low-quality for-profit schools. | ShutterStock

WASHINGTON (Legal Newsline) – After receiving a call from several state attorneys general for a national college accreditation agency to be stripped of its status, the Department of Education (DOE) is considering their argument.

"We recently encouraged public comment of the accrediting agencies up for recognition this summer, and will take the attorneys general input and all other third-party comments into consideration when reviewing accrediting agency petitions for recognition," Department of Education Press Secretary Dorie Nolt told Legal Newsline in a statement.

Earlier this month, as previously reported by Legal Newsline, a group of 12 state attorneys general sent a formal joint letter to the Department of Education, seeking to have it remove accreditation of the Accrediting Council for Independent Colleges and Schools (ACICS).

The group, led by Massachusetts Attorney General Maura Healey, made accusations that the agency systematically failed to ensure quality at several for-profit schools. Among the schools named were ITT Tech, Lincoln Technical Institute in Massachusetts and several schools across the United States run by Corinthian Colleges.

They were accused of allowing those schools to lure students into taking on high amounts of student loan debt in exchange for low-quality courses, essentially defrauding the taxpayers who help subsidize those loans as well as the students taking them out.

The attorneys general called for immediate action, asking the Department of Education to revoke their status at once, and refuse the renewal of that status the next time it came up.

For its part, the Department of Education acknowledges that there have been issues in the past with accrediting agencies such as ACICS.

"Accreditors play an important role in ensuring institutional quality, but for too long they have been, in former Secretary Duncan’s words, the ‘watchdogs that don’t bark,’" Nolt said.

It does not appear that the DOE will act immediately against ACICS, instead taking a more measured approach by using the process of renewal to decide on its status.

The DOE, which decides on the status of accrediting agencies through its National Advisory Committee on Institutional Quality and Integrity (NACIQI), held a period of receiving written public comments on all agencies up for review. That period ended on April 8.

However, the committee will also accept oral comments on the matter during its meetings June 22-24. Comment applications can be e-mailed to the committee (ThirdPartyComments@ed.gov) or registered at the meeting site by 8:30 a.m. on June 22.

The joint letter by the attorneys general is being treated as a written comment and will receive the full attention of the committee, according to Nolt.

"Attorneys general are critical partners in our efforts to protect students and taxpayers, and we appreciate their views on this important matter," she said.

Want to get notified whenever we write about U.S.Department of Education ?

Sign-up Next time we write about U.S.Department of Education, we'll email you a link to the story. You may edit your settings or unsubscribe at any time.