In Illinois, some push bankruptcy as solution to troubled public budgets 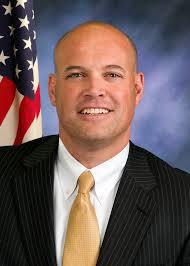 It’s led a Republican lawmaker to float the idea of allowing municipalities and other agencies to declare bankruptcy. Rep. Ron Sandack even introduced a bill specific to allowing the financially troubled Chicago Public Schools system - whose teachers are preparing to strike - to use the bankruptcy system, but he has no plans to attempt to further it.

And a recent Chicago Tribune editorial says if CPS isn't considering bankruptcy, it should be.

“What’s important about Chapter 9, it’s not a get-out-of-jail-free card, it’s not a silver bullet, you don’t throw the keys to the town across the table to creditors,” Sandack said.

“Rather, it’s one access, one convenient point, where all interested stakeholders can meet together to try to restructure and reformulate debt.”

The Illinois Policy Institute pointed out in a recent report that the state’s 2016 budget was out of balance by $4 billion, its credit rating fell to within four notches of junk status and its pension shortfall reached $111 billion.

“The city of Chicago just passed a record [$588 million] property tax hike, but without pension reform, taxes are going to go even higher,” Dabrowski said. “We’ve already seen people leave the city. That starts to look a lot like Detroit.”

So how exactly did Illinois, and Chicago in particular, fall so far?

Dick Simpson, a political science professor at the University of Illinois at Chicago, says the basic answer is that for decades, local and state governments borrowed money from pension funds to keep their operations at levels expected by their citizens.

He contends that pension funds have become so underfunded that some governments are borrowing money to make payments back into the funds or trying to rewrite pension agreements so they don’t have to include cost-of-living increases.

He adds that CPS is currently involved in contract negotiations with the Chicago Teachers Union over how much teachers will pay into the pension fund.

“Because of prior arrangements, Chicago Public School teachers pay less into the pension fund than other workers do in both the private and public sectors,” he said. “That’s been a contractual agreement, so they’re now trying to get the union to agree to have the workers pay more.

“That mostly isn’t working, and is one of the issues leading toward the teachers’ strike in another month here in Chicago.”

Dabrowski argues that cities like Chicago should also have the right to go bankrupt in order to restructure their finances. He says Illinois municipalities are not allowed by statute to file for bankruptcy, but the legislature could give them that option in case the state doesn’t want to pass pension reform, municipalities can’t raise taxes or unions aren’t willing to renegotiate their contracts.

Several cities and towns have filed for bankruptcy in recent years, including Stockton and San Bernardino, Calif.; Jefferson County, Ala.; Central Falls, R.I.; and Detroit.

“In Detroit, after ignoring, ignoring, ignoring reforms, they finally did go bankrupt,” Dabrowski said. “Pensions were not cut that dramatically, but there were some cuts. They had some cost of living adjustments cuts as well. Where they really got hit in Detroit were in the retiree health care plans.”

“So, the jury is out on whether these bankruptcies have been structured well,” he added. “For a place like Detroit, we have to wait and see.”

Sandack, R-Downers Grove, proposed HB 4500 in January to allow any local unit of government in Illinois access to Chapter 9 of the federal bankruptcy code. He contends that the bill wasn’t designated for CPS or any particular municipality, but instead aims to give the state another “tool in the toolbox.”

Gov. Bruce Rauner has publicly supported bankruptcy for CPS, and under threat of a Chicago Teachers’ Union strike, issued this statement, “I stand ready to work with members of the General Assembly to pass a budget that increases state support for all Illinois schools alongside much-needed reforms that put taxpayers back in control of their local governments and school districts.

“If local control reforms had already been enacted, CPS negotiations likely would have been concluded by now, a strike would have been averted and taxpayers and children would have been protected. Let’s pass real reforms to give the families of Illinois a better future."

Sandack points out that there could also be Democratic support for his proposal, especially since Sen. Kimberly Lightford, D-Westchester, and Rep. John Bradley, D-Marion, introduced bills to allow for municipal bankruptcy in Illinois in past years.

Sandack has proposed another bill—HB 4499—that would specifically allow CPS to file for bankruptcy but does not plan to move that one forward.

Simpson argues the state legislature is unlikely to pass legislation allowing municipalities to easily file for bankruptcy. He explains that the consequences of not repaying bondholders the full amount they are owed and restructuring labor agreements and pensions are dire.

“Take the public schools for example, they have hundreds of millions of dollars in bonds that they promised to pay back to the bondholders and to pay a certain interest on the bonds,” Simpson said.

“If they were to, say, pay only 20 cents on the dollar, and the bondholders were cheated out of 80 percent of their investment, the school system would not be able to issue bonds again.”

“It’s better to have some agreed-upon austerity program to bring the budgets back into balance,” he said. “But that requires the cooperation of all the parties, and whether that can be achieved is a different matter.”

Dabrowski points out that pensions aren’t generally a proper retirement system. The solution, he says, is to offer 401(k) accounts to all new public sector workers. He adds that while existing workers should be paid what they earned under the pension system, they could also opt into new 401(k)-style plans.

He says that one agency in Illinois – the State Universities Retirement System – has been successfully using a 401(k)-style plan since 1998.

“The question is, why should only one class of workers in Illinois be able to opt out of the government-run pensions and no one else has that right?” he said.

Other recent proposals to fix the CPS crisis include a measure introduced by Senate Republican Leader Christine Radogno and House Republican Leader Jim Durkin that would allow a state-run independent authority to take control of the school system.