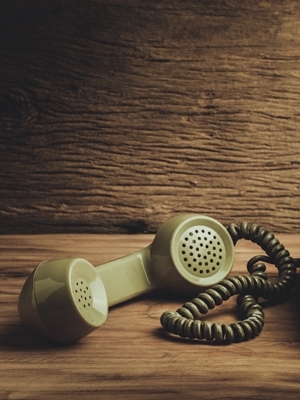 NEW YORK (Legal Newsline) – A New York federal judge has closed a Telephone Consumer Protection Act lawsuit after rejecting the named plaintiff's motion to certify a class and the defendant paid the plaintiff what he requested.

Judge Alvin K. Hellerstein, in deciding Leyse v. Lifetime Entertainment Services LLC on March 17, determined that the January decision by the U.S. Supreme Court in Campbell-Ewald v. Gomez - which held that defendants can't stop prospective class actions by offering to pay the amount requested by the named plaintiff - doesn't preclude courts from closing a case after payment has been made to the plaintiff.

He granted Lifetime Entertainment's request to enter judgment on behalf of Mark Leyse after it paid the amount of his claim plus court costs. Lifetime also agreed to an injunction prohibiting it from calling the plaintiff at the phone number previously called in alleged violation of the TCPA.

According to the decision, “if the defendant has thrown in the towel, there is nothing left for the district court to do except enter judgment. The absence of a controversy in the constitutional sense precludes the court from issuing an opinion on whether the defendant actually violated the law.”

This decision provides a way for a defendant that has defeated class certification to avoid proceeding to trial on a plaintiff’s individual claim, attorney Penelope Preovolos of Morrison Foerster in San Francisco told Legal Newsline. She cited two differences between the cases.

"First, in Leyse, the defendant actually paid the amount plaintiff claimed, plus costs to the court clerk," she said. "Moreover, the court had already denied plaintiff’s motion for class certification and for reconsideration of the denial."

In Campbell-Ewald, which was decided in January, the Supreme Court ruled that a defendant’s unaccepted offer of complete relief did not moot a class plaintiff’s claim or require dismissal of the action.

However, it left open the issue whether actual payment of the claim could do so. Justice Stephen Breyer reserved the question of whether the result would be different if “a defendant deposits the full amount of the plaintiff’s individual claim in an account payable to the plaintiff and the court then enters judgment for the plaintiff in that amount.”

In February, another federal court in New York ruled in Brady v. Basic Research that Campbell-Ewald did not permit the defendant to moot plaintiff's claims or defeat certification. In Leyse, however, Hellerstein held that “once the defendant has furnished full relief, there is no basis for the plaintiff to object to entry of judgment in its favor.”

Attorneys can draw several conclusions as the courts sort out the implications of Campbell-Ewald.

"The ruling offers a vehicle for defendants who defeat class certification to avoid expending resources further litigating the individual plaintiff’s claim, including at trial," Preovolos said.

"The ruling also follows up on the suggestion by some of the justices in Campbell-Ewald that a defendant who actually pays the plaintiff’s claim may be able to moot the case even before there is a decision on class certification."