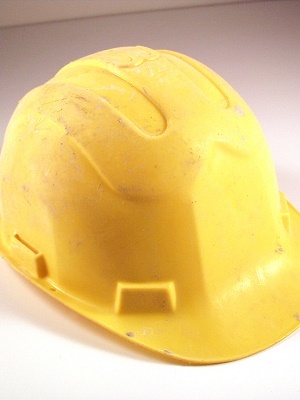 MADISON, Wis. (Legal Newsline) – The Wisconsin Supreme Court in March upheld a decision clarifying the circumstances under which employees can be compensated for time spent donning and doffing under Wisconsin’s minimum wage and overtime laws.

In the case, United Food and Commercial Workers Union, Local 1473 v. Hormel Foods Corp, the plaintiff sued the canning facility in Beloit on behalf of a class of 300 employees, alleging Hormel had violated Wisconsin law by failing to compensate the employees.

The Hormel production line employees were required to wear hard hats, hearing protection and eye protection, in addition to hair nets and sanitary clothing provided by the company at the beginning of each shift before changing out of the required items at the end of their shifts.

A Wisconsin circuit court held in favor of the plaintiffs, awarding them more than $180,000 in wages, representing an average of 5.7 minutes per day per class member for unpaid donning and doffing.

Daniel McAlvanah, attorney at Littler Mendelson, recently said that the outcome was not particularly surprising.

“Wisconsin’s wage and hour laws follow the Fair Labor Standards Act (FLSA), its regulations, and federal case law interpreting the FLSA,” he said. “A number of recent federal court cases have held that the type of pre- and post-shift work activities at issue in the court’s decision are compensable.”

On the other hand, the court had to adopt a fairly narrow reading of the Integrity Staffing Solutions, Inc. v. Busk decision to reach its ultimate result, he added.

In that case, Integrity Staffing employees alleged that their employer violated federal law by failing to pay them for time spent undergoing mandatory security screenings before and after shifts. However, the U.S. Supreme Court held that the employer was not required to compensate the employees.

The Wisconsin Supreme Court determined that Hormel employees’ donning and doffing were “integral and indispensable” to their primary job of processing and canning food, enabling it to uphold the trial court’s verdict.

“In the Hormel Foods decision, by contrast, the employer couldn’t take away the donning and doffing requirements because if it did, the employer would be in potential violation of federal law as wearing the gear was required to comply with the Occupational Safety and Health Administration (OSHA) and federal food sanitary requirements,” McAlvanah said.

The decision reached also looked at the de minimis rule under state law. Under the rule, a court may find that pre- and post-shift tasks that only take a few minutes to undertake are not compensable.

However, the court found that the donning and doffing was not de minimis, as it amounted to around 24 hours per year, totaling more than $500 in unpaid wages.

“The decision signals that the court looks upon the de minimis rule with disfavor, and will find creative ways to avoid its application,” McAlvanah said.