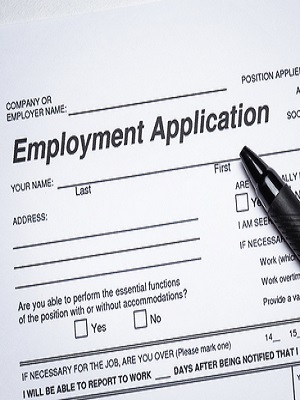 In Mach Mining vs Equal Employment Opportunity Commission, the high court's decision held that courts have authority to review whether the EEOC has fulfilled its duty to attempt conciliation under Title VII of the Civil Rights Act.

However, the EEOC needs only to show it contacted the company about the type of discrimination alleged and attempted to engage the company in a discussion. A sworn affidavit from the EEOC is enough evidence, the court ruled.

"Federal courts will not intervene to police the EEOC’s efforts to settle the class action claim before litigation" said Jonathan Crotty, a partner with Parker Poe and head of the firm's employment and benefits group.

"As long as the agency makes some effort to advise the employer of its demands and consider a response, it has fulfilled its pre-suit legal obligations."

The case began in 2008 when a woman who applied for a mining position at Mach Mining in Marion, Ill., filed a complaint with the EEOC claiming she was denied the job because she is female. Mach Mining had never hired a female for its mining positions.

The EEOC investigated and said it found reason to believe Mach Mining discriminated against a certain class of women. The EEOC then attempted informal conciliation between the parties, but an agreement could not be reached. After that, the EEOC sued in federal court on behalf of the woman who filed the complaint.

Mach Mining has maintained it never unlawfully discriminated and called for the case to be dismissed, claiming the EEOC had not attempted conciliation in good faith.

Much of the litigation at the district court level followed the good faith question, specifically whether a lack of good faith conciliation efforts was enough to dismiss the case. Ultimately, the EEOC filed a motion for summary judgment over whether a failure to conciliate is a proper affirmative defense.

The district court ruled it could review the adequacy of the EEOC's conciliation efforts but also granted an appeal.

The Seventh Circuit reversed the district court, rejecting Mach Mining's affirmative defense. The Seventh Circuit ruled that so long as the EEOC maintained its compliance with Title VII and its documentation was facially sufficient, that was enough to satisfy judicial review.

"I think that the Seventh Circuit reached two conclusions," Crotty said. "First, Mach Mining has limited impact, meaning that federal courts will not scrutinize in detail how the EEOC conducts conciliation negotiations.

"Second, the court concluded that it would be impractical to require the EEOC to conciliate on behalf of individual class members each time it decides to pursue a class action claim."

The high court heard arguments in January 2015. Crotty said he was not surprised by the ruling, which found a court's ability to review conciliation efforts is narrow.

"Not really," he said. "In Mach Mining, the Supreme Court went out of its way to limit the ability of lower courts to inject themselves too far into the EEOC’s administrative process. The Seventh Circuit opinion seems consistent with this direction."