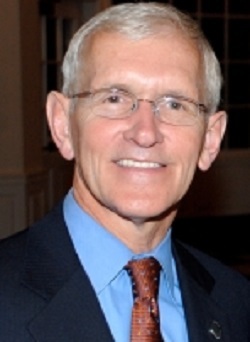 The Obama administration is considering the idea at those post-secondary schools that receive federal funding, including for-profit institutions, which the Association of Private Sector Colleges and Universities represents.

APSCU President and CEO Steve Gunderson says “there’s no question” that for-profit colleges, in particular, are a target of the proposal.

“We are being targeted by the plaintiffs bar, consumer advocacy groups, the Department of Education and some state attorneys general,” he said in a recent interview with Legal Newsline.

“I believe there is a coordinated effort to take away the ability of these schools to exist and provide post-secondary career education.”

Last month, the U.S. Department of Education released a proposal that would establish borrower-friendly processes for seeking and obtaining loan relief triggered by what the agency describes as “unscrupulous conduct” by higher education institutions.

As part of its proposal, the DOE provided options to negotiators that would protect students from the use of mandatory arbitration provisions in enrollment agreements.

“These actions would establish a simpler, more uniform standard of relief for students, hold schools accountable if they engage in unlawful practices, and put an end to using fine print to trap students into signing away their rights,” Acting U.S. Secretary of Education John B. King Jr. said in a statement.

In September, the DOE began a negotiated rulemaking process to clarify how Direct Loan borrowers who believe they have been defrauded by their institutions can seek relief and strengthen provisions to hold colleges accountable for their wrongdoing.

Direct Loans are low-interest loans for students and parents to help pay for the cost of a student’s education after high school. The lender is the Department of Education, though most of the borrower’s contact will be with a loan servicer.

Current provisions in federal law and regulations called “defense to repayment” or “borrower defense” allow borrowers to seek discharge of their Direct Loans if their college’s acts give rise to a state law cause of action.

The department argues that forced, or mandatory, arbitration provisions used by many schools in their enrollment agreements -- often buried in the fine print -- effectively prevent students from seeking redress for harm caused by their school and hide wrongdoing from the DOE and the public.

The DOE, which calls the practice “outrageous,” contends such agreements often bar students from bringing their legal claims in a group, making it financially impossible for individual students to challenge schools.

It also notes that some agreements require disputes to be filed in secret tribunals where little or no records are kept, and some prohibit students from speaking about the claims they file.

“The Department is working to ensure that no college can dodge accountability by burying ‘gotchas’ in fine print that blocks students from seeking the redress they’re due,” Under Secretary Ted Mitchell said in a statement.

“Legal aid, veteran, consumer, and student advocacy groups have all shared with us how mandatory arbitration has harmed students across the country. We heard them and agree. Which is why we’ve incorporated ideas from non-federal negotiators to limit mandatory arbitration agreements. These efforts build on our work to protect students and require institutional accountability.”

A total of three sessions of negotiations were held, with the third and final one last month.

Gunderson, who served three terms in the Wisconsin Legislature and then 16 years in U.S. Congress before being named president and CEO of APSCU in 2012, says he remembers when arbitration was viewed as a useful, cost-saving tool.

“One of the biggest issues in my years as a member of the state legislature was the teachers associations seeking binding arbitration,” he explained. “Arbitration has normally been seen as a tool advanced and advocated by teachers, allowing grievances to be heard without having to go to court.

“Now, here, we’re seeing an almost 180-degree reversal: where arbitration is bad and the only option is to go to court.”

But pursuing action in court takes much longer and costs much more, Gunderson points out.

“For most students, it’s cost-prohibitive,” he said.

He contends the DOE, in putting forth its proposal, doesn’t have students’ best interests at heart, nor those of smaller colleges and universities -- only attorneys’ pocketbooks.

“We have a large group trying to put proprietary or career schools, in particular, out of business,” he said. “But I think their real goal is to set up a process where class action lawsuits can be filed by public interest groups and plaintiffs attorneys.”

Small- and medium-sized schools simply don’t have the resources to fight those types of lawsuits, Gunderson argues.

“If you set up a process whereby class action suits must take precedence over arbitration, then public advocacy groups and plaintiffs lawyers will file lawsuits, impair a school’s ability to survive, and do little or nothing for the actual student,” he said.

Karnow said the defendants were “in default” because they failed to answer the People’s second amended complaint and did not appear at a March 22 hearing.

Harris led the charge against CCI and its subsidiaries that operate Everest, Heald and Wyotech colleges, filing a class action lawsuit in October 2013 seeking to put an end to their allegedly abusive practices. CCI filed for bankruptcy in May 2015.

“For years, Corinthian profited off the backs of poor people -- now they have to pay,” Harris said in a statement. “This judgment sends a clear message: there is a cost to this kind of predatory conduct.

“My office will continue to do everything in our power to help these vulnerable students obtain all available relief, as they work to achieve their academic and professional goals.”

Last year, Harris and eight other state attorneys general sent a letter to the Department of Education urging immediate debt relief for the students who attended Heald College and other CCI campuses.

In June, the DOE agreed to expanded debt relief options for Corinthian students, which resulted in more students being eligible for relief.

Harris isn’t the only attorney general to go after for-profit colleges. In recent years, Kentucky and Massachusetts have targeted the institutions.