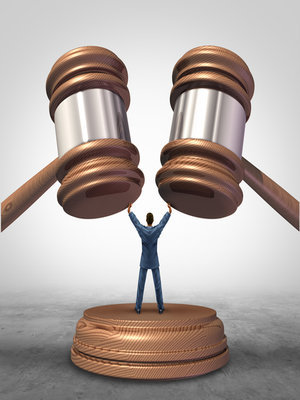 NEW ORLEANS (Legal Newsline) - The National Labor Relations Board (NLRB) and the U.S. Court of Appeals for the Fifth Circuit continue to be at odds over employment arbitration provisions that contain class and collective action waivers.

The NLRB, in the case of Murphy Oil USA v. NLRB, ruled that such waivers are unlawful, which is in direct conflict with a recent Fifth Circuit decision. The court reversed a similar NLRB decision two years ago.

"While it's not unusual for the NLRB to take such a pro-employee stance, it's surprising to see the NLRB so blatantly disregard court decisions, especially one from a federal court of appeal," attorney Michael Bernier of Baker Donelson in Jackson, Miss., told Legal Newsline.

"But at the end of the day, the scope of employees' rights to engage in concerted activity is a hot-button issue, and the NLRB obviously views the conflict surrounding class and collective action waivers worthy of its taking a stand."

A Murphy Oil employee signed an agreement with her employer to "resolve any and all disputes or claims... which relate... to individual’s employment... by binding arbitration.”

When the employer cited the waiver, the plaintiff filed an unfair labor charge with the NLRB. The agency sided with her in March, stating that the arbitration waiver violates Section 8(a)(1) of the National Labor Relations Act, which states that an employer commits an unfair labor practice by “interfer[ing] with, restrain[ing], or coerc[ing] employees in the exercise” of their rights to engage in protected concerted activity.

Both the NLRB and the Fifth Circuit are firmly dug into their positions, sending mixed signals to employees inside and outside the court's jurisdiction.

"It's hard to say when or how employers will receive guidance," Bernier said.

"Unequivocal guidance will come only if the U.S. Supreme Court decides the issue. But the Supreme Court takes only a small number of cases each year, so we can't count on it deciding the issue.

"There also is the prospect of the NLRB reversing its position, but that too appears unlikely.

Bernier added that employers could receive guidance from other federal appeals courts soon, specifically the Eight and Ninth circuits.

He encouraged businesses to keep an eye on court decisions in their jurisdiction.

"The safest approach for employers going forward would be to determine how federal courts in your jurisdiction view class and collection action waivers and proceed accordingly," Bernier said.

"For employers operating within a single state or within a particular federal circuit, this may be feasible. But for nationwide employers, this creates a dilemma.

"The legality of class and collective action waivers may vary from jurisdiction to jurisdiction. To account for that, employers should consider adjusting their use of such waivers to correlate with the law of each jurisdiction."

Want to get notified whenever we write about U.S. Court of Appeals for the Fifth Circuit ?

Sign-up Next time we write about U.S. Court of Appeals for the Fifth Circuit, we'll email you a link to the story. You may edit your settings or unsubscribe at any time.

U.S. Court of Appeals for the Fifth Circuit