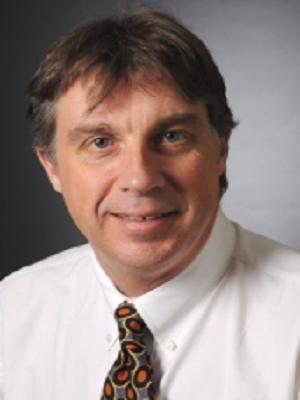 OKLAHOMA CITY (Legal Newsline) - The Sierra Club and Public Justice are taking a novel approach in citing the Resource Conservation and Recovering Act in a lawsuit against the oil and gas industry in Oklahoma, according to several industry and environmental attorneys.

“This is the ‘Star Trek’ of lawsuits,” said Andrew H. Perellis, of the Chicago office of Seyfarth Shaw LLP. “They are boldly taking RCRA where it has never gone before.”

RCRA authorizes citizens who have suffered harm to sue “any person who has contributed or who is contributing to the past or present handling, storage, treatment, transportation, or disposal of any solid or hazardous waste which may present an eminent and substantial endangerment to health or the environment.”

The endangerment cited in this case? An increase in seismic activity, or induced seismicity, in Oklahoma linked to the deep well disposal of brine released by hydraulic fracturing and brought to the surface along with oil and gas.

The complaint filed on Feb. 16 in U.S. District Court for the Western District of Oklahoma states that the defendants - Chesapeake Operating LLC, Devon Energy Production Co. LP, and New Dominion, LLC - “have contributed and are contributing to past and present handling, storage, transport, and disposal of Production Wastes from the drilling fall under which is causing earthquakes that may present an imminent and substantial endangerment to health or the environment. They are therefore jointly and severally liable for the abatement of this endangerment.”

A staff attorney in the Environmental Enforcement Project at Public Justice, Richard Webster, said that RCRA applies since the wastewater amounts to solid waste under the law. Public Justice is a public interest law firm that is representing the Sierra Club in the lawsuit.

“Even though no RCRA permits were violated, the operation falls under RCRA because they are dealing with discarded material,” Webster said. “The endangerment provision applies.”

But Perellis says the lawsuit is the equivalent “of suing a company that warehouses hazardous chemicals over a danger arising from an increase in truck traffic to and from the facility.”

“The waste here (the water) is not the cause of the endangerment,” he said. “They’re using RCRA to regulate land use and it wasn’t designed to be used that way.”

The remedies asked for in the complaint are novel as well. One requires the defendants to “reinforce vulnerable structures that current forecasts indicate could be impacted by large magnitude earthquakes” during the interim period between the time it takes the seismic activity to decrease after the water injection amounts are reduced.

Another would require “the establishment of an independent earthquake monitoring and prediction center to analyze and forecast the volume of Production Wastes which can be injected into a particular well or formation in a given area before seismicity is induced; and monitor how closely ongoing earthquakes conform to researchers’ predictions.“

Eric R. Skanchy of Stoel Rives said the action has little chance of success on its own -- for one it runs headlong into the Safe Drinking Water Act’s Underground Injection Control Program.

“So long as the operators are complying with the requirements of the Safe Drinking Water Act’s Underground Injection Control Program, it will be very difficult for the Sierra Club to succeed on this claim,” Skanchy said.

The path for the other lawsuits was cleared when, in July, the Oklahoma Supreme Court ruled that Sandra Ladra of Prague could pursue her personal injury claim in district court and not have her case relegated to the Corporation Commission, which regulates the oil and gas industry in the state.

Finally, Carter Williams of Baker Donelson’s Houston office wrote in an email that the alleged endangerment under RCRA is “typically groundwater contamination or air pollution, and I would expect the defendants to challenge whether it is a proper application of the statute.

“But it should be watched closely,” he wrote, “precisely because it appears to be the first RCRA case involving induced seismicity.”