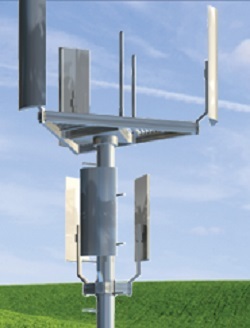 ATLANTA (Legal Newsline) - An Atlanta-based wireless communications infrastructure provider has filed a lawsuit against one of the largest counties in Georgia -- the same county that has, in recent months, filed a string of lawsuits in federal court against various telephone service providers.

The named defendants include Cobb County, the Cobb County Board of Commissioners and its board members.

At issue in the case is Municipal’s request for a special-land-use permit, or SLUP, to place a wireless telecommunications tower and antenna facility on church property in Cobb County.

According to its March 16 complaint, the county granted the application and approved the requested SLUP, but, in doing so, it imposed an “impossible condition” requiring the tower to be moved 300 feet to the east.

This, Municipal explains, would move the tower off the site leased by it to another location that the company does not lease or control and that is unavailable to it.

Atlanta radio station WABE reported last month that Municipal will have to negotiate with Wildwood Baptist Church to use the property. The church has said it doesn’t want the tower on their property at all if it needs to be moved the 300 feet.

Although the church’s property is residentially zoned, it is not residentially used, making it a “preferable” location for a 190-foot monopole tower and antenna facility, Municipal noted in its 24-page complaint.

Municipal argues that the county’s condition requiring the tower to be moved 300 feet to the east is “unjustified and unsupported,” and simply doesn’t make sense.

“Moving the tower 300 feet to the east would also harm the Church by moving the tower into an undeveloped portion of the Church’s Property closer to Wade Green Road and limiting opportunities for Church expansion or other future development of the Property.”

Municipal contends it explained all of these issues to the county before the board made its decision last month, but the board imposed the condition anyway.

“As a result of the Defendants’ actions, Municipal Communications has been damaged irreparably and has no adequate remedy at law,” the company wrote.

In particular, the company is challenging the county’s imposition of the condition under the Federal Telecommunications Act of 1996, the county’s zoning ordinance, and the U.S. and Georgia constitutions.

Municipal seeks an injunction or a writ of mandamus directing the defendants to remove the condition and to allow the company to build its proposed tower at the leased and originally proposed site.

The suit is Cobb County’s most recent battle with telecommunications providers.

In December, both Cobb and Gwinnett counties filed a string of lawsuits in federal court against various telephone service providers, seeking to recover millions in 911 charges that they allege have gone unpaid.

Want to get notified whenever we write about Cobb County ?

Sign-up Next time we write about Cobb County, we'll email you a link to the story. You may edit your settings or unsubscribe at any time.