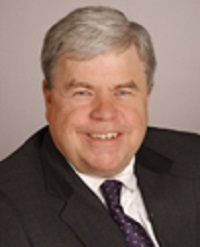 NEW YORK (Legal Newsline) - A prominent New York attorney has filed a lawsuit against the New York State and New York City election boards and their members, arguing that sections of the state’s Election Law are unconstitutional.

Davis, who is being represented by his firm, seeks an order permanently enjoining the two election boards from enforcing the so-called “candidate laws.”

According to his 20-page complaint, New York’s Election Law generally requires that, to appear on the ballot for a statewide office, a candidate who has not been nominated by a major or minor political party must collect a designated number of voter signatures on an independent candidate nominating petition.

Davis contends the candidate laws impose the “further and altogether bizarre” requirement that such an independent candidate petition must include the name and emblem of a nominating body -- which also must be included beside the candidate’s name on the ballot.

Davis argues in doing so, the State imposes on a candidate an affiliation that he or she did not choose and that does not, in reality, exist.

“The Candidate Laws thus prohibit an unaffiliated candidate from truthfully representing himself or herself as a non-partisan candidate who is not the candidate of any party or other political body,” he wrote in his complaint.

Davis, a self-described “civic activist” both nationally and across New York for nearly five decades, wishes to seek election as a delegate to the New York State Constitutional Convention. Voters will decide next year whether to call the convention.

Davis, in his complaint, states he wishes to run as an independent, non-partisan candidate who is not the candidate of any party or political body.

“Mr. Davis maintains as a core political view the belief that unaffiliated Convention Delegates who do not enter the Convention with partisan positions will be more likely to craft and recommend amendments that will improve the State’s governance to the benefit of all New York citizens,” he wrote.

Davis’ current practice at Cleary Gottlieb’s New York office focuses on litigation and other forms of international and domestic dispute resolution. He has handled complex securities, merger and acquisition, contract disputes, art and museum restitution law, and insurance coverage litigations. He has extensive arbitration and mediation experience in complex domestic and international commercial cases as a party-appointed arbitrator, an arbitration tribunal chair, a mediator, and an advocate in arbitration and mediation.

During the early 1970s, Davis served as a member of the legal staff of the Judiciary Committee of the U.S. House of Representatives in connection with the committee’s investigation and hearings that led to the impeachment of President Richard M. Nixon.

He also is a recognized authority on New York law.

Davis specifically argues that the state’s candidate laws violate his rights under the First and Fourteenth Amendments of the U.S. Constitution and the New York State Constitution.

“The Candidate Laws make it impossible for Mr. Davis to express and adhere to these beliefs because those laws force him to choose the name and symbol of a nominating political body, or to have a name and symbol chosen for him by the New York City Board of Elections, where he must file his independent nominating petition.”

Pursuant to Article 19 of the New York State Constitution, the calling of a state Constitutional Convention must be considered by voters statewide every 20 years. This question will next appear on the ballot at the general election in November 2017.

Davis’ case has been assigned to Judge John G. Koeltl.

Want to get notified whenever we write about Cleary Gottlieb Steen & Hamilton LLP ?

Sign-up Next time we write about Cleary Gottlieb Steen & Hamilton LLP, we'll email you a link to the story. You may edit your settings or unsubscribe at any time.