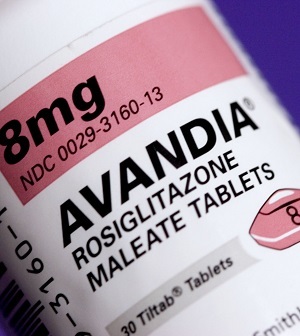 The U.S. Court of Appeals for the Third Circuit, in a Feb. 12 ruling, upheld the decision of the U.S. District Court for the Eastern District of Pennsylvania.

The Third Circuit, in an opinion authored by Judge Robert E. Cowen, said Eastern District of Pennsylvania Judge Cynthia M. Rule was correct to grant GlaxoSmithKline LLC’s motion to dismiss, explaining that plaintiff Staci Laurino “received all the benefits of taking Avandia without any harm” and suffered no ascertainable loss.

“Laurino received the drug she was prescribed, the drug did the job it was meant to do (i.e., controlled her blood sugar levels), and it caused no apparent physical injuries,” Cowen wrote in the seven-page opinion, joined by judges D. Michael Fisher and Michael Chagares.

Laurino, a former Avandia user, alleged on behalf of a putative class of similarly situated individuals that GSK violated the Missouri Merchandising Practices Act, or MMPA.

According to her amended complaint, GSK, even though it had notice of the “dangerous propensities” associated with Avandia, “engaged in misrepresentations and failed to adequately advise consumers and medical providers of the risks of Avandia, including but not limited to the increased risk of heart attacks and deaths.”

Laurino further alleged Avandia is not more efficacious than other treatments for Type II diabetes and that the drug “significantly” increases the risk of heart-related diseases.

“The actual value of Avandia was/is significantly less than the value of Avandia as represented by GSK, and thus, Plaintiff and other consumers suffered ascertainable loss when they purchased Avandia,” she alleged.

She sought damages equal to the difference between the drug’s actual value and the value of the drug had it been as represented by GSK.

After Laurino filed an amended complaint, GSK moved to dismiss for lack of standing and for failure to state a claim.

Relying on a non-precedential opinion considering a similar claim arising out of this MDL proceeding, the district court indicated Laurino had standing. However, it then determined that Laurino received all of the benefits of taking Avandia without suffering any harm and thereby sustained no ascertainable loss.

Because she failed to state a claim under the MMPA -- and because the district court believed that any further amendment would be inequitable and likely futile -- it dismissed the amended complaint with prejudice.

Under the MMPA, “[t]he act, use or employment by any person of any deception, fraud, false pretense, false promise, misrepresentation, unfair practice or the concealment, suppression, or omission of any material fact in connection with the sale or advertisement of any merchandise in trade or commerce..., in or from the state of Missouri, is declared to be an unlawful practice.

“Any person who purchases or leases merchandise primarily for personal, family or household purposes and thereby suffers an ascertainable loss of money or property, real or personal, as a result of” an unlawful practice may bring a civil action.

Laurino contested the district court’s conclusion, arguing it erroneously relied on the lack of physical injury and “misapplied Missouri law providing that ascertainable loss can be established through the benefit-of-the-bargain rule, ‘which compares the actual value of the item to the value of the item if it had been as represented at the time of the transaction.’”

“Laurino received the benefit of the bargain and accordingly sustained no ascertainable damages under the MMPA,” Cowen concluded.

As to the district court’s decision to dismiss her amended complaint with prejudice, the Third Circuit again sided with the lower court.

“She does not provide any indication that the fundamental ‘ascertainable loss’ deficiency identified by the District Court could be corrected in a second amended complaint,” Cowen wrote. “Accordingly, the District Court did not abuse its discretion by concluding that ‘to allow any further amendment would be inequitable and likely futile.’”

Want to get notified whenever we write about State of Missouri ?

Sign-up Next time we write about State of Missouri, we'll email you a link to the story. You may edit your settings or unsubscribe at any time.