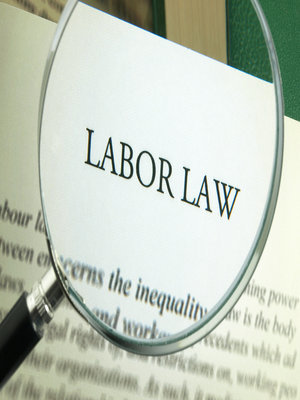 NEW ORLEANS (Legal Newsline) – In a case involving a San Antonio plaintiff, the U.S. Court of Appeals for the Fifth Circuit has ruled that employees can sue independent government contractors for discrimination under Section 504 of the Rehabilitation Act of 1973.

Attorney Tiffany Cox of Ogletree Deakins in San Antonio says the decision, though in line with two other federal appeals courts, is part of a split because the Eighth Circuit has ruled the opposite.

"The Ninth and Tenth circuits have held that the Rehabilitation Act does not incorporate the (Americans with Disabilities Act) requirement that any plaintiff (must) be an employee of the defendant, and the Fifth Circuit followed their reasoning in deciding the Flynn case," Cox said.

"Thus, companies doing business in those jurisdictions must pay close attention. The Eighth Circuit, on the other hand, reached the opposite conclusion and determined that the Rehabilitation Act requires the existence of an employer-employee relationship. The Supreme Court has yet to resolve the split."

The plaintiff, pediatrician Dr. Rochelle Flynn, worked on contract for Distinctive Home Care (DHC), which in turn was under contract with the U.S. Air Force to provide medical services at Lackland Air Force Base.

Around the time she was diagnosed with Autism Spectrum Disorder, a government contracting officer expressed concern to DHC about her job performance. She cited her medical condition as the cause of her performance issues and requested an accommodation.

Instead, the contracting officer asked DHC to terminate her employment, which it did. Flynn sued DHC and the subcontractor, alleging disability discrimination, a hostile work environment and failure to accommodate under Section 504 of the Rehabilitation Act.

As an independent contractor, she could not have sued under the ADA.

In the district court, DHC and the subcontractor successfully argued that Flynn could not sue under Section 504 because amendments to the Rehabilitation Act required an employee relationship between the plaintiff and defendant.

On appeal, however, the Fifth Circuit found that the act applies to all operations of a federally assisted program, not just those related to employment. It vacated the district court’s grant of summary judgment and remanded Flynn’s discrimination claims for further proceedings.

"The Rehabilitation Act broadly prohibits any sort of discrimination against individuals with disabilities by any program receiving federal financial assistance," Cox said.

"Title I of the ADA prohibits covered employers from discriminating against qualified individuals with disabilities in the employment context, such as hiring, advancement and termination. The ADA limits relief to individuals who are applicants for employment with, or who are employees of, companies with 15 or more employees.

This ruling affects any company or organization that receives any sort of federal funding, Cox said.

Cox does not foresee government entities reducing use of contractors because of the decision: "Particularly in the context of physicians, many state laws prohibit the corporate practice of medicine, such that physicians must work as independent contractors, rather than employees."

However, federal contractors may need to rethink their policies and procedures.

"Instead, federal contractors must analyze accommodation requests and allegations of disability discrimination the same regardless of whether an employee or an independent contractor is involved."

Want to get notified whenever we write about U.S. Court of Appeals for the Fifth Circuit ?

Sign-up Next time we write about U.S. Court of Appeals for the Fifth Circuit, we'll email you a link to the story. You may edit your settings or unsubscribe at any time.

U.S. Court of Appeals for the Fifth Circuit