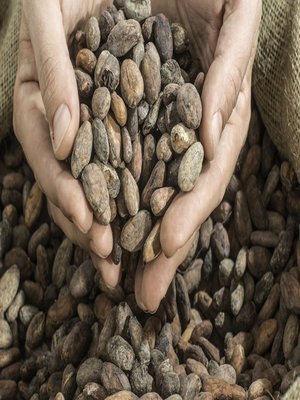 SAN FRANCISCO (Legal Newsline) – Candy maker Mars Inc. is not required to disclose possible supplier violations of forced and child labor law violations on packaging at the point of sale, the U.S. District Court for the Northern District of California recently ruled.

Plaintiffs in Hodsdon v. Mars argued that if it had been aware that illegal labor had been used in sourcing, it would not have purchased Mars chocolate or would have paid less for it.

The Los Angeles federal court recently ruled in favor of Nestle in a similar case brought under the state's Transparency in Supply Chains Act.

Although that court found in the Nestle case that the law recognizes a "safe harbor," attorneys for Mars used a different argument, contending that the law requires on-product disclosure only when it relates to product safety or defects.

The court added that disclosure does not include situations "where information may persuade a consumer to make different purchasing decisions."

Mars does not have a duty to disclose possible labor violations on packaging and labeling unless there is a safety risk to chocolate consumers, the court ruled. Mars, like Nestle, did disclose the prospect of illegal labor practices used in cocoa sourcing on its website.

In December, the Los Angeles court ruled in Barber vs. Nestle USA that the company had complied with the law by providing a limited customer disclosure on its website regarding its effort to ensure compliance with labor laws.

The plaintiff had alleged that Nestle was "obligated to inform consumers that some proportion of its cat food products may include seafood which was sourced from forced labor.”

Attorney Daniel Herling of Mintz Levin in San Francisco clarified the difference between the two cases.

"Nestle's emphasized the limited scope of the disclosure requirement of the act," Herling told Legal Newsline.

"As long as the company truthfully discloses compliance efforts it is taking, there is no need to disclose every potential risk of forced labor in its supply chains.

"The court dismissed the complaint, reasoning that neither side disputed that `some proportion of the small fishing ships used forced labor' and that it was `virtually impossible to say how pervasive the problem was.'

"The key question was whether a company has a broad duty to disclose this difficult-to-quantify risk to all consumers of its products."

Although Mars' approach was different, the result was the same.

"The plaintiffs argued they would not have purchased chocolate or paid less for it if they were aware of the illegal labor practices," Herling said. "The court dismissed the complaint, reasoning that the act does not impose a duty to disclose such issues at point of sale on packaging.

"There is no duty to disclose if the information relates only to a consumer purchasing decision. There were different approaches regarding the nature and extent of scope of the act, but the same result -- dismissal of complaint."

Despite the success of these two defendants, he doesn’t believe courts have seen the last of this type of case. He expects both decisions to be appealed, and a similar lawsuit is pending.

Plaintiffs have also sued the Hershey Co. in California's Northern District under the Transparency in Supply Chains Act. Hershey filed a motion to dismiss in January and is awaiting the court's decision.

However, Herling pointed out, defendants are batting 1.000 to this point.

"So far, the industry is 2-for-2 in defending these disclosure-based actions," he said. "We believe that if companies are proactive in disclosing their efforts toward compliance with labor laws and the Supply Chains Act, they will continue to be successful against plaintiffs’ disclosure claims."