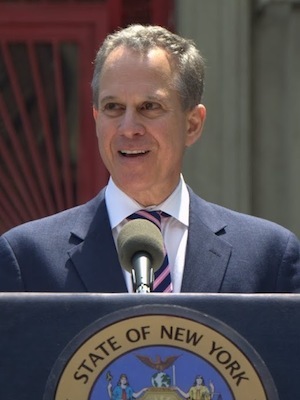 Bronx Supreme Court Justice Lizbeth Gonzalez found the drugs to be mislabeled, misbranded and potentially injurious to consumers in the state of New York.

“The court’s decision is a resounding victory in our efforts to clean the shelves of designer drugs across New York State,” Schneiderman said. “Designer drugs are dangerous, insidious substances, and have contributed to a public health crisis across the nation. We must be vigilant and relentless in our efforts to remove these mislabeled and misbranded street drug alternatives from our neighborhoods.”

Surrealistic Sensations allegedly failed to have proper warnings for potential side effects of its drugs and instead falsely advertised that they could treat anxiety, depression and attention deficit/hyperactivity disorder.

Dr. Maja Lundborg-Gray from the Emergency Department at Samaritan Medical Center, who is board-certified in emergency medicine, provided an affidavit announcing the drugs could create health issues such as hallucinations, seizures, tachycardia (rapid heartbeat), extreme paranoia, panic, vomiting, suicidal and homicidal thoughts, and even death.

The court will hold a hearing to determine penalties and possible restitution for consumers.