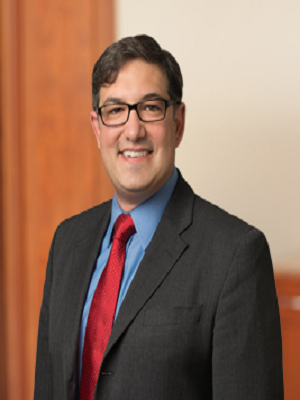 CHICAGO (Legal News Line) – The U.S. Court of Appeals for the Seventh Circuit's handling of a data breach lawsuit against P.F. Chang's will, in some form, play off its recent plaintiff-friendly ruling in another case and will have a significant impact on future claims, a Denver attorney says.

In 2014, P.F. Chang’s became the target of a data breach, in which the company suspects the credit card information of roughly 7 million customers was accessed. The company notified customers of the breach.

The named plaintiffs in a case pending before the Seventh Circuit, however, did not dine at any of the 30 affected restaurants, and only one was notified by his bank that fraudulent activity had occurred on his account.

The suit was originally dismissed by a Chicago federal judge in 2014. Baker Hostetler attorney Zachariah DeMeola says the plaintiffs are hinging their arguments on a somewhat similar case against Neiman Marcus, in which 9,200 plaintiffs were awarded damages after a breach of the department store’s credit card systems.

“The Neiman Marcus court noted that even if those 9,200 individuals had already been reimbursed for the fraudulent charges incurred, they still had the frustration and cost of dealing with identity theft, closing accounts, getting new accounts and more,” DeMeola said.

“In P.F. Chang’s... the charges were denied, and his bank simply issued him a new card after denying the charges.”

In the original filing, plaintiffs alleged that the time between finding out about the breach and receiving a new card constituted damages, particularly with regards to reward points and inconvenience. In the dismissal, however, the judge noted that no effort was made to quantify how much the reward accrual would be.

“Simply being without a debit card… is not a cognizable injury,” Judge John W. Darrah wrote.

The next step is for a judge to determine that there are grounds for an appeal.

If the case finds its way to the Seventh Circuit, however, DeMeola said the judges will have the opportunity for a profound impact on future data breach cases.

A favorable decision for the plaintiff, he said, would expand the “umbrella” of the Neiman Marcus ruling to those who had not experienced fraudulent charges directly.

“Any three of those outcomes is going to have a huge effect on data breach litigation,” DeMeola said. “Because it’s going have a big effect on cases coming forward.”