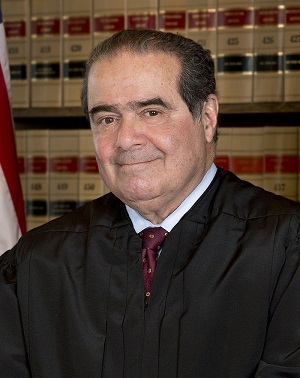 Dow announced Feb. 26 that it entered a deal to resolve the In re Urethanes Class Action litigation, agreeing to pay the plaintiff class -- made up of more than 2,000 business that had bought chemicals from the company to produce polyurethane products -- $835 million.

“Dow believes this settlement is the right decision for the company and our shareholders,” it said in a statement.

The settlement agreement, according to the company, is conditioned on the Supreme Court agreeing to hold Dow’s petition for a writ of certiorari in abeyance and the subsequent approval of the class settlement by the U.S. District Court for the District of Kansas.

The settlement will resolve the $1,060,847,117 judgment -- and also resolve post-judgment interest and an anticipated award of attorneys’ fees -- against Dow entered in 2013.

Dow had appealed to the nation’s highest court after a federal jury found it guilty of conspiring to inflate polyurethane prices. Polyurethane is a form of plastic used to make items such as insulation, coatings, adhesives and sealants.

The company argued in its petition to the Supreme Court, filed last March, that the $1.06 billion judgment violated various class action laws and should be set aside.

Dow’s petition pointed to a decision in Tyson Foods Inc. v. Bouaphakeo, a case with a common class action issue.

In August 2014, the U.S. Court of Appeals for the Eighth Circuit upheld a district court’s decision and entered judgment against Tyson, and in November 2014 denied the company’s request for a rehearing.

Tyson filed its petition with the Supreme Court last March.

Tyson argues that the Eighth Circuit’s ruling sanctioned the use of “seriously flawed” procedures that many district courts have used to permit certification and adjudication of class actions.

“Dow continues to believe strongly in its legal position as expressed in its petition,” the company said in its statement.

Dow said it was not part of any conspiracy and the judgment was “fundamentally flawed.”

In particular, Dow argues that the 2013 judgment violates class action law with respect to the Supreme Court’s Wal-Mart v. Dukes decision in 2011 and Comcast v. Behrend in 2013. In both cases, the high court divided 5-4, striking down class certification orders. Scalia authored both decisions.

The 79-year-old justice was found dead of natural causes at a luxury hunting resort in West Texas Feb. 13. He served on the high court for nearly 30 years.

Scalia’s death now leaves eight justices on the court, split 4-4 between being fairly conservative and fairly liberal, amid a presidential election year.

President Barack Obama says he plans to nominate a successor, despite the U.S. Senate’s continued resistance.

All 11 Republican members of the Senate Judiciary Committee recently signed a letter, refusing to hold hearings on any replacement until a new president is inaugurated.

“Presidents have a right to nominate, just as the Senate has its constitutional right to provide or withhold consent,” Senate Majority Leader Mitch McConnell, R-Ky., said in a floor speech. “In this case, the Senate will withhold it.”

Given the standoff, cases that were not decided before Scalia’s death could go one of two ways: be decided by the remaining justices or be held for rehearing after a new justice is confirmed.

In the first scenario, if the court issues a 4-4 ruling, the court will not publish a written opinion; instead, the ruling of the lower court will be upheld and the Supreme Court’s decision will have no precedential effect.

Dow said it didn’t want to take the chance.

“Growing political uncertainties due to recent events within the Supreme Court and increased likelihood for unfavorable outcomes for business involved in class action suits have changed Dow’s risk assessment of the situation,” the company said.

On Monday, the Supreme Court granted the joint motion to hold Dow’s petition in abeyance.

The settlement still has to be approved by the Kansas federal court.