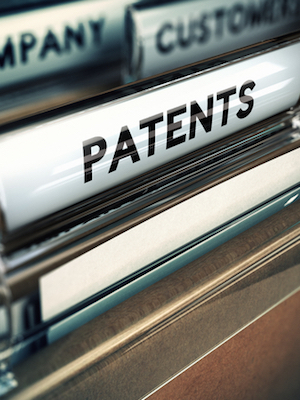 The Assembly Commerce and Economic Development Committee recently voted unanimously to advance a proposal sponsored by Assemblymen Troy Singleton, Anthony M. Bucco and Benjie E. Wimberly. The proposal targets Patent Assertion Entities, sometimes called patent trolls, and outlines the factors that courts may consider in determining whether the assertion of patent infringement is made in bad faith.

While NJCJI agrees that patent trolls are a problem, it believes that the proposed rules would do more harm than good. This is not the first time this type of legislation has been introduced in New Jersey.

“What they do is they create a state cause of action for what they characterize as a bad faith assertion of patent infringement,” NJCJI Chief Counsel Alida Kass told Legal Newsline. “And there’s two problems with that.

"The first is that the state does not have jurisdiction over patents. It’s a federal question, and it’s not a state cause of action for actual fraud.”

Jurisdiction over patents rests with the federal courts, so a state can only rule on whether a claim appears to be fraudulent without reaching any conclusions on the actual merits of the case, Kass says.

So the New Jersey courts would consider such factors as:

-Does the demand letter asserting the claim include the patent number and the name and address of the patent owners?;

-Have factual allegations been presented?; and

-Does the demand letter provide an unreasonably short timeline for a response?

A few other states have patent-related laws on the books, including Vermont. The Vermont law has yet to be definitively challenged, Kass said.

“There is history to suggest that it would be a problem,” Kass said. “States created a cause of action for the sale of illegitimate patents, and at that point the Supreme Court came in and said, no, you don’t have jurisdiction over patents.”

As rationale for the development of these new laws, the assemblymen have pointed out that suits brought by patent trolls have tripled in the last two years.

Kass said that this rise in suits is likely a result of changes made at the federal level. In December, the federal courts eliminated Form 18. Until that time, filling out Form 18 was the only hurdle to filing a patent suit.

“It was kind of a box-checking exercise,” Kass said.

The elimination of the form created a heightened pleading standard for patent cases. Patent trolls knew this was coming and filed more patent cases in November 2015 than at any time in history in an attempt to get in under the old regulations.

“To the extent that there is a problem here, it is a microcosm of the general problem in litigation, which is that when you have low up-front costs to initiating litigation, the plaintiff has the opportunity to shift the burden of the cost to the defendant without much downside,” Kass said.

Want to get notified whenever we write about New Jersey Civil Justice Institute ?

Sign-up Next time we write about New Jersey Civil Justice Institute, we'll email you a link to the story. You may edit your settings or unsubscribe at any time.