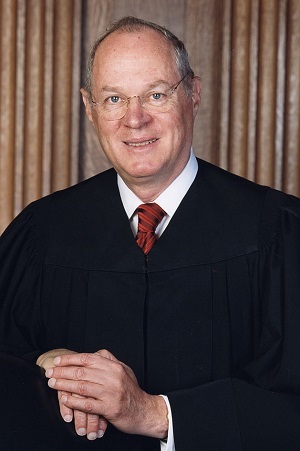 WASHINGTON (Legal Newsline) - The U.S. Supreme Court has the potential, in another class action case awaiting a decision, to narrow the circumstances in which a class action may be certified.

Noah Axler, a partner at the Donovan Axler law firm in Philadelphia, argues that should the nation’s highest court side with the defendants in Tyson Foods Inc. v. Bouaphakeo, class actions could be subjected to some “drastic” changes.

“It’s an important case from a plaintiff’s perspective,” said Axler, who has represented clients in numerous class actions. “In Tyson, there were no business records to show the extent of the harm because the defendant didn’t keep them.

“In such cases, plaintiffs would like to be able to prove liability and damages by representative proof.”

In June, the Supreme Court granted Tyson’s petition for writ of certiorari.

In August 2014, the U.S. Court of Appeals for the Eighth Circuit upheld the district court’s decision and entered judgment against Tyson, and in November 2014 denied the company’s request for a rehearing.

Tyson filed its petition with the Supreme Court last March.

The company argues that the Eighth Circuit’s ruling sanctioned the use of “seriously flawed” procedures that many district courts have used to permit certification and adjudication of class actions.

At issue is whether the plaintiffs can use representative proof to fill in certain evidentiary gaps.

Jim Sturdevant, a San Francisco-based plaintiffs attorney, argues that representative proof -- sometimes referred to as statistical modeling -- can be vital to a plaintiff’s case.

“Without some kind of computer modeling, or some type of methodology, the plaintiffs here wouldn’t have any hard documents,” he explained. “The employer, in this case, didn’t keep any records or destroyed them, and employees don’t normally keep those type of records.”

Sturdevant says he doesn’t see the court ruling against the plaintiffs.

“What I see in Tyson Foods is a significantly weighted decision in favor of the employees under the FLSA (Fair Labor Standards Act) that includes the decision not to decide the Rule 23 issue, because it’s not necessary to the resolution of this case,” he explained.

Rule 23(b)(3), in class action law, requires that trial judges not certify or authorize a class unless the judge finds that common issues of law or fact predominate.

“Tyson argued that you can’t use representative proof as plaintiffs did at trial, because it violates Rule 23 and due process rights,” he explained. “But the court seemed to focus during the argument on the narrower issue of whether the use of statistical sampling is proper.  And the court has already decided that issue.”

Still, he wouldn’t bet on the case based on the November arguments.

“I will say that the Tyson Foods argument seemed to be favorable for plaintiffs, but you can’t draw a conclusion based on the argument alone,” Axler said, also noting Justice Antonin Scalia’s death last month.

As with Spokeo v. Robins, Sturdevant doesn’t foresee a significant delay in the court’s ruling, even with Scalia’s passing.

Wystan Ackerman, a partner at the Hartford, Conn., office of Robinson+Cole, says he also doesn’t think the case will turn on Scalia’s vote.

“The media’s interpretation was that Justice [Anthony] Kennedy would side with the plaintiffs, perhaps along with the four liberal justices,” said Ackerman, who chairs the firm’s class action team and writes the blog Class Actions Insider.

“My effort to read the tea leaves suggested that Justice Kennedy, if he sided with the plaintiffs, would want to do so quite narrowly.

“He will still frequently be a lynchpin in the eight-member court.”

Ackerman says he expects a majority decision in the case -- at least to the extent that the justices resolve the case but leave some issues for another day.

“It could be a narrow opinion that provides district courts and class action practitioners some guidance on how a class action should be tried, and does not completely eliminate the possibility of statistical evidence being used, but leaves some of those details unanswered,” he said.

Jason Johnston, a law professor at the University of Virginia who teaches courses on contracts, economic regulation and torts, among others, and who is working on a study of class action lawsuits, argues the eight justices should take a more literal approach to deciding the case.

“By far, the best federal circuit court rulings on this -- by the U.S. Court of Appeals for the District of Columbia Circuit, the Second Circuit and even the notoriously left-leaning Ninth Circuit -- have said that class counsel cannot get away with this, that they have to have a class that includes only people who were actually injured,” he explained. “The Supreme Court should do the same.

“If it does not, the second issue in Tyson Foods could be raised, which would be the same issue as in Spokeo: how can you constitutionally have a class action with plaintiffs who didn’t suffer injury?”

He says he sees the Supreme Court ruling 5-3 on the class action issue, disallowing class counsel to prove damages with a small sample and from having a class made up of individuals with significant differences -- including no damages -- from the sampled group.

“With Scalia, it would have been 6-3,” Johnston said, noting the justice’s “consistent” rulings in class action cases.

“With his death, the court has lost the champion of tough constitutional standing requirements,” he said.