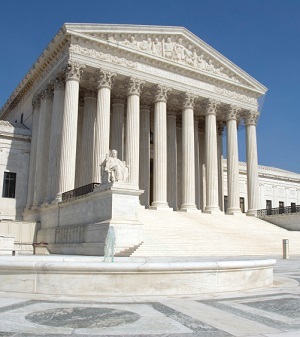 Instead, it found the opposite and, some argue, effectively left most of the class action issues on the table.

“It basically didn’t decide the key issues in the case,” said Pearson, whose practice focuses on complex business litigation and regulatory enforcement matters with an emphasis on the financial services industry. He is particularly well known for his work in lending disputes, real estate and consumer class actions.

On Jan. 20, the Supreme Court ruled 6-3 that the U.S. Court of Appeals for the Ninth Circuit’s 2014 decision in Gomez v. Campbell-Ewald Co. was correct. The Ninth Circuit vacated and remanded a summary judgment ruling in favor of the defendant in a case brought under the Telephone Consumer Protection Act, or TCPA.

“We hold today, in accord with Rule 68 of the Federal Rules of Civil Procedure, that an unaccepted settlement offer has no force,” Ginsburg wrote in the 15-page ruling. “Like other unaccepted contract offers, it creates no lasting right or obligation. With the offer off the table, and the defendant’s continuing denial of liability, adversity between the parties persists.”

“The court correctly noted that when there’s an offer and no acceptance, there’s no contract,” Pearson said. “No one disputes that general legal principle.”

But the court conveniently left a bulk of the class action issues for another day, he argues.

“For example, it didn’t reach the Genesis Healthcare questions raised by the case,” Pearson said of the justices’ decision last month.

In its 2013 ruling in Genesis Healthcare Corp. v. Symczyk, the court majority ruled that an unaccepted offer of full relief had mooted the plaintiff’s claim, because that issue had not been disputed below.

The majority held that the collective-action allegations were moot, noting that “[w]hile settlement [with the named plaintiff] may have the collateral effect of foreclosing unjoined claimants from having their rights vindicated in respondent’s suit, such putative plaintiffs remain free to vindicate their rights in their own suits.

“They are no less able to have their claims settled or adjudicated following respondent’s suit than if her suit had never been filed at all.”

Last month’s majority opinion adopted Kagan’s dissent in Genesis Healthcare, which concluded that “[a]n unaccepted settlement offer -- like any unaccepted contract offer -- is a legal nullity, with no operative effect.”

“In short, with no settlement offer still operative, the parties remained adverse; both retained the same stake in the litigation they had at the outset,” Ginsburg wrote.

Gomez alleged Campbell-Ewald violated the TCPA by sending -- through a third-party vendor -- unsolicited text messages on behalf of the U.S. Navy.

The TCPA restricts telephone solicitations, i.e. telemarketing, and the use of automated telephone equipment.

Campbell-Ewald offered Gomez full relief on his claims -- $1,503 per violation, plus reasonable costs -- but the offer was rejected.

The Ninth Circuit, in its ruling, also held that the unaccepted offer did not moot the named plaintiffs’ individual claims or the putative class claims.

However, the Supreme Court said in its ruling it would not decide whether the result would be different if a defendant deposits the full amount of the plaintiff’s individual claim in an account payable to the plaintiff, and the court then enters judgment for the plaintiff in that amount.

“That question is appropriately reserved for a case in which it is not hypothetical,” Ginsburg wrote.

The majority also held that federal contractors -- like Campbell-Ewald, in this case -- do not share the government’s unqualified immunity from liability and litigation for violating the TCPA by sending text messages to unconsenting recipients.

American Association for Justice CEO Linda Lipsen said the case threatened the viability of class actions and could have resulted in a rule that allowed defendants to “pick off” named plaintiffs and extinguish the entire litigation.

“Class actions are necessary to help ensure fairness and efficiency in our judicial system,” she said in a statement. “By allowing groups of similarly-harmed individuals to join together, the Supreme Court ensured that Americans with even the most limited means can hold the most powerful corporations accountable for wrongdoing.

“An alternative result in this case would have upended that balance and, as Justice Ginsberg writes, ‘would place the defendant in the driver’s seat’ of the civil justice system.”

Roberts argued otherwise in his dissent, asserting that the majority’s decision transfers authority from the federal courts and “hands it to the plaintiff.”

“If there is no actual case or controversy, the lawsuit is moot, and the power of the federal courts to declare the law has come to an end,” Roberts wrote. “Here, the District Court found that Campbell agreed to fully satisfy Gomez’s claims. That makes the case moot, and Gomez is not entitled to a ruling on the merits of a moot case.”

Jason Johnston, a law professor at the University of Virginia who teaches courses on contracts, economic regulation and torts, among others, found Roberts’ dissent somewhat “odd.”

Johnston, who is currently working on a study of consumer class actions, said the chief justice seems to argue that the Supreme Court’s own precedents have established a constitutional principle that the plaintiff does not need to accept a defendant’s offer of judgment to make a case moot.

“His dissent ignores the class action context in which these cases are now arising: in that context, the plaintiff is suing, at least in theory, to vindicate the rights of a class, and to provide compensation to at least some class members,” he said.

“An offer to pay full judgment to the named plaintiff cannot provide any relief to the class, and for that reason, alone, virtually all the lower courts have not allowed defendants to moot class actions just by paying off the named plaintiff.”

Johnston argues the question of mootness was a non-issue.

“Sophisticated class counsel would file a complaint and very soon after file a motion to certify a class action,” he explained. “Once you had the motion for a class action, most federal trial judges would say, ‘well, even though I haven’t decided whether this can be certified as a class action, that is what the plaintiff is seeking -- not an individual action -- and so the defendant’s offer to pay the full damages sought by the individual plaintiff really is irrelevant and we still have a live issue.’”

Pearson said while the decision is a win for the class action bar, it’s a narrow and most likely short-lived victory.

The Supreme’s Court decision, he argues, will open the floodgates to a “whole new round” of Gomez litigation.

Defendants are going to tender a check to the plaintiff, pay money into court or use Alito’s suggested tactic of depositing the funds with a “trusted intermediary,” contingent on dismissal of the case when the money is transferred.

“It’s already happening,” Pearson said. “Here we are, a month later, and there are already cases where this is being done.

“We’re just going to go through the exercise again, for two or three years, before [this issue] is eventually brought back to the Supreme Court.”

And it’s hard to say how the high court will rule then, given Scalia’s Feb. 13 death.

It’s even difficult to predict how the court will decide the other two class action-related cases currently before it, given Scalia’s passing, Pearson said.

“If anyone on the court was going to support the industry’s position, Justice Scalia was at the top of the list,” he said.