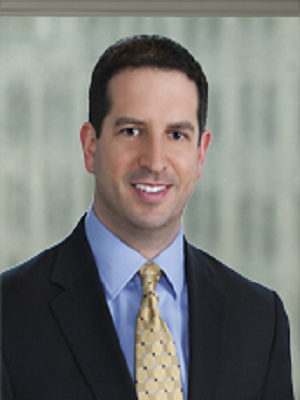 MUSCATINE, Iowa (Legal Newsline) – An Iowa court recently certified the class in a toxic tort class action  lawsuit covering around 4,000 residents who alleged property damage due to air emissions from a nearby corn milling plant.

Plaintiffs filed a motion for class certification in Muscatine County District Court seeking to certify a class of residents who lived within 1.5 miles of the Grain Processing Corporation's facility and alleged lost-use-and-enjoyment damages as a result of emissions from the defendant’s corn milling plant.

The motion was granted by the court in October on the basis that the plaintiffs had met the requirements necessary to certify a class in Iowa.

Daniel Krainin, principal at Beveridge & Diamond, said the implications of this case are quite significant.

“The case runs counter to a trend over the past few years in which courts have been reluctant to certify proposed classes of toxic tort plaintiffs,” Krainin said.

In 2011, the U.S. Supreme Court reversed a trial court’s certification of a class of more than one million women who worked for Wal-Mart in the Wal-Mart Stores Inc. v. Dukes decision. It found that the differences in the facts and circumstances surrounding the plaintiffs’ allegations relating to gender-based discrimination, compensation and promotion found that the group was not suitable for a class action.

“Since that decision, lower courts have generally been reluctant to certify proposed toxic tort classes due to the differences among class members in their alleged exposures, damages and causation issues,” Krainin said.

In the Iowa case, the trial court found enough commonality with the evidence presented to certify two classes of approximately 4,000 residents living near the grain processing facility.

The court found that the defendant's conduct raised issues such as whether it employed antiquated pollution control technology and whether the defendant knew that it was creating a problem for residents.

The court also found that the residents had proposed a manageable and efficient plan for adjudicating their claims by outlining various stages of litigation that would resolve specific questions of fact. They also relied upon models to determine how emissions affected them.

“The decision is contrary to what most courts have done lately in similar toxic tort cases, but the decision may be distinguishable from those in many other cases based on certain unique aspects of Iowa law,” Krainin said.

“The expert air dispersion modeling testimony that the plaintiffs relied upon showed how they believed emissions from the facility affected the surrounding residents.”

Despite the fact that the case has yet to reach a point where the residents have provided evidence quantifying their alleged damages, Krainin believes that damages could reach into the millions.

“Given that the classes certified by the trial court consist of approximately 2,000 households or approximately 4,000 individuals, it is likely that the plaintiffs will collectively seek many millions of dollars in damages from the defendant,” Krainin said.

In November, Grain Processing Corp. filed an appeal. It has yet to be fully briefed.

The Iowa Supreme Court had ruled in 2014 that the Clean Air Act was not preempted by Iowa common law claims, striking a blow to the defendants who were seeking to limit the scope of toxic tort claims based on air emissions.