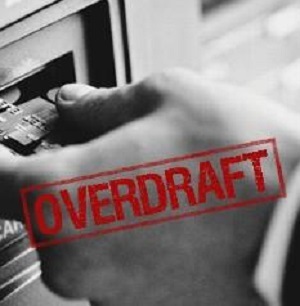 DES MOINES (Legal Newsline) - The Iowa Supreme Court determined in a ruling last month that a bank’s overdraft protection is not credit, ensuring that banks in the state will not face liability for overdraft fees they have already charged.

Justice Bruce B. Zager, writing for the high court in a Jan. 22 opinion and a companion case, said a lower court mostly erred in denying West Bank’s motions for summary judgment -- with the exception of a good-faith claim involving its sequencing of overdrafts.

West Bank challenged plaintiffs Darla and Jason Legg’s usury claims in the state Supreme Court on two grounds: 1) That its payment of the overdraft amounts did not constitute an extension of credit; and 2) that the nonsufficient funds, or NSF, fees were not finance charges.

The court sided with the bank.

“Because we find that the payment of the overdraft amount is not an extension of credit, we do not need to address whether the NSF fees were finance charges,” Zager wrote.

The Leggs opened a joint checking account with West Bank in November 2002. They closed their last account in April 2013. Their claims arose out of the payment of overdrafts and resulting NSF fees charged by West Bank, a state-chartered Iowa bank.

In August 2009, September 2009 and May 2010, the Leggs were charged NSF fees after West Bank instituted a new high-to-low sequencing.

On Sept. 2, 2009, the Leggs made a $5.50 electronic payment that resulted in an overdraft to their account, and West Bank charged the couple a NSF fee of $27.

As the high court pointed out in its ruling, if the bank card transactions had been posted in the low-to-high sequence on Sept. 17, 2009, the Leggs would have incurred just one NSF fee for one overdraft.

On May 17, 2009, the Leggs were charged another four NSF fees for various bank card transactions. Like the Sept. 17, 2009 transactions, the court noted, if the transactions were posted low-to-high, the couple would have been charged only two NSF fees.

The plaintiffs filed their proposed consumer class action in September 2010. Four of their six counts arise under the Iowa Consumer Credit Code, or ICCC.

These claims are the “usury claims” and are based on the Leggs’ allegation that West Bank’s collection of NSF fees amounts to a finance charge in excess of 21 percent. The other two counts are the “sequencing claims,” and they arise from the bank’s decision to process bank card transactions from high to low.

The bank denied the couple’s claims that the fees violated the usury laws in the ICCC. It argued, in response, that the overdraft fees didn’t constitute an extension of credit and the NSF fees were not a finance charge.

Zager, in the court’s opinion, pointed to the agreement signed by West Bank’s customers, which does not extend any right to defer payment.

The agreement, he noted, expressly gives West Bank the right to immediately collect payment as soon as a customer deposits sufficient funds to cover the overdraft into their account.

“In other words, the overdraft payment advanced on bank card transactions is due and payable at the time the account is overdrawn,” the justice wrote. “The customer has no right to defer the payment past the first time there is sufficient money in the account to cover the repayment of the overdraft. West Bank has the right to immediately withdraw the amount the bank paid for the overdraft from the customer’s account as soon as that amount is available.”

Zager continued, “West Bank is not required to notify customers that the money sufficient to repay the overdraft will be withdrawn from their account because, at the time of the insufficient funds transaction, the amount the bank paid for the overdraft becomes due and payable.”

The plaintiffs argued they have the right to defer payment of the overdraft amount because, by definition, it can’t be paid until a later date.

Not so, the Supreme Court said.

“The language of the ICCC is that an extension of credit exists when the ‘right... to defer payment’ has been granted,” Zager wrote. “Here, West Bank customers have not been granted a right to defer payment; rather, they must pay the bank back immediately upon their next deposit.

“This is because the overdraft is due and payable as soon as it is created; customers have no right or choice to defer the payment past the next deposit sufficient to cover the amount owed.”

Being so, the lower court should have granted West Bank’s motion for summary judgment on the usury claims, the justice said.

And because the issue of sequencing is expressly covered within the contracts between the Leggs and West Bank, no claim for unjust enrichment is available. The district court erred by not granting summary judgment to West Bank on this claim, the Supreme Court ruled.

The Supreme Court also was asked to determine whether the lower court properly certified the class action based on the plaintiffs’ usury and sequencing claims.

The high court, pointing to its ruling in the companion case, found the district court had erred in certifying the class action on all claims except for the good-faith claim based on sequencing.

In turn, Zager said the class shall be as follows:

The Supreme Court remanded the case back to the district court for further proceedings consistent with its opinion.