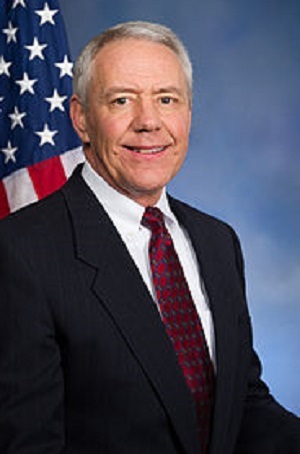 The proposed bill would replace the existing common law fraudulent joinder test with a statutory test.

Under the new test, the plaintiff would have to show that his or her claims are “plausible” and that they were brought in “good faith.”

The bill’s sponsor and House Judiciary Committee member U.S. Rep. Ken Buck, R-Colo., said the measure is pro-growth and would help with job creation, as it would save small business the time and money currently required to deal with lawsuits filed against them as part of plaintiffs attorneys’ attempts to keep a lawsuit against another party in a state court.

“Plaintiff’s attorneys that prey on local businesses just to score a quick win in their lawsuits against other defendants have no place in our courts,” he said.

“Under our current system, local businesses in every state have a target painted on their backs by lawyers who want to exploit them to avoid having their case heard in federal court. As a result, precious time and money is spent by hardworking business owners, and their employees, who must fight these frivolous claims in court.”

He continued, “It’s time to give judges the discretion they need to fairly assess whether some parties are being sued under plausible claims of liability, and not simply because they are serving a lawyer’s tactical interests in forum shopping.”

“This bill protects small business owners from these frivolous lawsuits so that they can continue to create jobs and contribute to the local economy.”

Rep. Trent Franks, R-Ariz. and chairman of the panel’s Constitution and Civil Justice Subcommittee, said the bill will improve the administration of justice in federal courts.

“The Constitution’s Framers created diversity jurisdiction to preserve national harmony and promote interstate commerce by ensuring that a lawsuit involving citizens of different states could be litigated in a presumably neutral federal court rather than in a possibly biased state court,” he explained.

Franks said small businesses, especially, are overburdened by litigation as it is.

“They should not be further weighed down by cases to which they have no real connection so attorneys can game the system,” he said.

But not all of the committee members were convinced.

Conyers said he believes the measure is “yet another effort” to deny access to justice for “potentially thousands or hundreds of thousands” of plaintiffs seeking relief in a state court.

“It’s clear from the bill’s radical changes to longstanding jurisdictional practice that the true purpose of this measure, in my view, is simply to stifle the ability of plaintiffs to have their choice of forum and possibly even their day in court,” he said.

Conyers, ahead of the vote, urged his colleagues to carefully consider the bill and its implications.

He said the legislation only would increase the cost of litigation for plaintiffs and further burden the federal court system.

H.R. 3624 has the support of various pro-business groups, including the National Federation of Independent Business and the U.S. Chamber of Commerce, both of which view the bill as a big cost-saver for small businesses.

Lisa A. Rickard, president of the U.S. Chamber Institute for Legal Reform, commended the House Judiciary Committee for the bill’s passage and urged the House and Senate to do the same.

“Plaintiffs’ lawyers often rope in a local business or individual that is not the true target of a lawsuit as a defendant as a pretext to sue out-of-state parties in state courts where they have a significant home field advantage,” she explained.

“This bill would keep legal claims in federal court that properly belong there by allowing federal judges to decide whether a local party is truly a legitimate defendant and not put there solely to keep the case in a trial lawyer-friendly state court.”