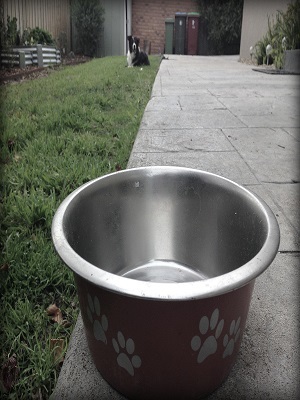 SACRAMENTO, Calif. (Legal Newsline) – Tyson pet treats accurately include "Made in the USA" on their labels, a company spokesperson recently said in response to a federal class action lawsuit filed earlier this month that says otherwise.

"We disagree with this lawsuit and will fight it," Tyson Foods Senior Director of Public Relations Gary Mickelson said in a statement to Legal Newsline. "Our pet treats are made with meat and poultry produced right here in the United States.

"We meet all pet food safety rules and regulations of the Food & Drug Administration (FDA) and Association of American Feed Control Officials (AAFCO). We are proud of our products, and believe that labeling them as ‘Made in the USA’ is entirely consistent with applicable law."

The allegations that are part of a class action lawsuit filed Jan. 11 by Susan Fitzpatrick of Placer County in the Sacramento Division of the U.S. District Court for the Eastern District of California say Tyson labels certain pet treat products as made in the U.S. but should not, because some of the product components are sourced from outside the country.

Tyson pet products and information about them, listed on the company's website, include:

- True Chews, dog chews and treats "made with 100%-natural ingredients" and "100% American Farm-Raised Chicken," are the "Official Treat Sponsor of the United States War Dogs Association";

- Nudges, dog treats are "packed with protein and made in the USA" from "Real American Chicken"; and

- Top Chews, chicken jerky for dogs, are "made with 100% natural ingredients in the USA" from "Real American chicken" and sold only in Costco Wholesale stores.

The lawsuit also refers to the pet food recall scandals of 2007, when pet food made from ingredients sourced in China and laced with toxic chemicals, were linked to renal failure and other illnesses in cats and dogs. At the time, Tyson Foods was among a number of large companies that produce pet food products that publicly announced a determination not to use ingredients sourced in China.

The scandal led to the “buying public’s preference for pet foods and treats that are made exclusively in the United States," the lawsuit said.

"For this and other reasons, the buying public generally believes that 'Made in the U.S.A.' products are safer to feed their animals than foreign sourced ingredients," the lawsuit said.

As in the Tyson class action case, the Big Heart Pet Brands and Smucker's lawsuit disputes label claims that the dog and cat treats are made in the United States because at least some of the ingredients allegedly are sourced outside the country.

Also at the heart of these allegations is how much of any product must be entirely made in the United States before "Made in the USA" may be included on its label.

Only automobile, textile, wool, and fur product manufacturers are required to disclose U.S. origin content, according to information from the Federal Trade Commission's website. "There’s no law that requires most other products sold in the U.S. to be marked or labeled Made in USA or have any other disclosure about their amount of U.S. content," says the FTC's website.

The FTC is the government commission that works to prevent deception and unfairness in the marketplace.

However, other manufacturers that choose to make these claims must also comply with the FTC’s "Made in USA" policy. Those policies include how much and many of a product's components may be produced outside the U.S., but assembled in the country, and still bear the "Made in the USA" label.

Plaintiffs in the Tyson case are seeking more than $5 million in monetary relief, actual and punitive damages, interests, attorney fees and other costs.

John E. Norris of Davis & Norris in Birmingham, Ala., and Benjamin P. Tryk of Tryk Law in Fresno, Calif., are the attorneys representing plaintiffs in both cases.