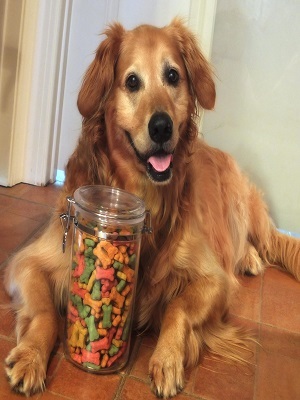 The allegations are part of a class action lawsuit filed Jan. 11 by Susan Fitzpatrick of Placer County, Calif., in the U.S. District Court for the Eastern District of California. The lawsuit against Milo's Kitchen manufacturers Big Heart Pet Brands and J.M. Smucker Co. disputes label claims that the dog and cat treats are made in the United States.

The lawsuit claims this is not true because at least some of the ingredients used to make Milo's Kitchen pet treats are produced outside the United States.

"We will not be able to comment on pending litigation. However, we are planning to vigorously defend the case," said Maribeth Burns, Smuckers head of corporate communications.

"I can confirm there are no other similar cases pending."

While no other such lawsuit is pending against Big Heart Pet Brands and Smuckers, the allegations are very similar to those in another class action lawsuit also filed by Fitzpatrick and others in the same court on the same day.

In the other case, Fitzpatrick is suing Tyson Foods, claiming Tyson also is in violation of California's Unfair Competition Law and Consumer Legal Remedies Act. That suit disputes claims by Tyson on the labels of certain of its own pet products that those treats as made in the United States.

The lawsuit claims that tapioca and vitamin, mineral, and amino acid packs in those treats are sourced from outside the United States.

At the heart of these allegations is how much of any product must be entirely made in the United States before "Made in the USA" may be included on its label. Only automobile, textile, wool, and fur product manufacturers are required to disclose U.S. origin content, according to information from the Federal Trade Commission's website.

"There’s no law that requires most other products sold in the U.S. to be marked or labeled Made in USA or have any other disclosure about their amount of U.S. content," says the FTC's website.

The FTC is the government commission that works to prevent deception and unfairness in the marketplace.

However, other manufacturers that choose to make these claims must also comply with the FTC’s "Made in USA" policy. Those policies include how much and many of a product's components may be produced outside the U.S., but assembled in the country, and still bear the "Made in the USA" label.

Plaintiffs in the Big Heart Pet Brands and the J.M. Smucker Co case are asking for a jury trial, actual and punitive damages, monetary relief, interests, attorney fees and costs of the suit. In the Tyson case, more than $5 million in monetary relief, actual and punitive damages, interests, attorney fees and other costs is being sought.

John E. Norris of Davis & Norris in Birmingham, Ala., and by attorney Benjamin P. Tryk of Tryk Law in Fresno, Calif., are the attorneys representing plaintiffs in both cases.