Texas Indian gambling gets boost from Department of Interior 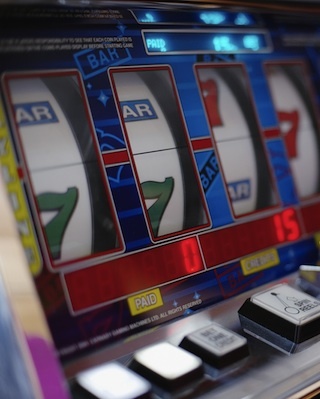 AUSTIN, Texas (Legal Newsline) - A recent federal memo and a Texas constitutional amendment could pave the way for an Indian gaming industry that has long been a target of the state's Governor's and Attorney General’s offices.

In October, the Department of the Interior issued a memo that said the Tigua and Alabama-Coushatta tribes should be allowed to conduct gambling operations on their reservations.

According to Dickinson Wright attorney Dennis Whittlesey, who has written on the topic, a 1987 ruling allowed the tribes to bring gaming that is otherwise “lawful under Texas state law" to their reservations

What was not clear in the ruling, however, was whether this meant Texas has to pass a law either banning the types of gaming it didn’t want, or specifically authorizing the gaming it would allow.

“The language is very odd,” Whittlesey said. “You get into a question of ‘what is lawful?'... This is the battleground.”

Whittlesey said that while proponents believe that means a law must be passed specifically prohibiting a type of gaming, state Attorney General Ken Paxton has argued that it means the gaming must be specifically allowed by law.

He said that the common interpretation has favored the former.

“It became purely a question of, in that case, of what gaming has not been specifically, criminally, illegalized in Texas,” he said. “That was the supreme court ruling: if it has not been criminally illegalized, that means it’s civilly regulated.”

Members of the Texas legislature have introduced an amendment to the state’s constitution that would open up gaming to the two tribes. Proponents point to the the Kickapoo tribe, which calls an area approximately 150 miles south of San Antonio its home.

The tribe was granted the right to conduct gaming without restriction by Congress in 1983. As of January, the bill was still in committee. If passed, it would put the decision on the voter ballot in the following election.

Previous interpretation of the law was used to close down at least one of the Tigua tribe's casinos. In 2002, then-Attorney General Dan Morales successfully argued in federal court to close the Speaking Rock Casino, operated by the Tigua.

In October, however, a memo from the Department of the Interior said that the Tiguas and the Alabama-Coushatta have the right under Indian Gaming Regulatory Act to offer class II gaming.

“[Class two gaming] involves a wide range of games that look and play a lot like class three gaming,” Whittlesey said. “That kind of gaming is very successful.”

Want to get notified whenever we write about U.S. Department of Interior ?

Sign-up Next time we write about U.S. Department of Interior, we'll email you a link to the story. You may edit your settings or unsubscribe at any time.