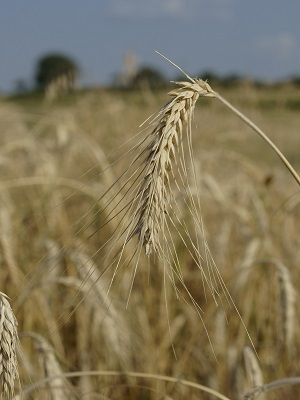 A Kentucky woman has filed one such lawsuit against General Mills, Inc. alleging that two boxes of Honey Nut Cheerios labeled as gluten-free that she had purchased actually contained gluten levels more than two times higher than allowed under FDA standards.

The suit, filed in a California federal court, charges violations of California and Kentucky consumer protection laws. It was filed in late 2015 following FDA testing on gluten-free Cheerios that was initiated by consumer complaints.

Thomas McGarity, professor of law at the University of Texas, recently told Legal Newsline that the impetus for FDA action in these types of cases is almost always consumer complaints.

"(W)hen it comes to food safety, [the agency has] inspectors go out and inspect processing facilities. They’ve done even more of this since the enactment of the Food Safety Modernization Act of 2010," McGarity said.

"[But] when it comes to mislabeling, that’s been around for a long time. It has never been proactively enforced by the FDA - it’s almost always reactive.”

The FDA conducted tests on 36 samples of gluten-free Cheerios that were taken from different manufacturing facilities and lots. Under current regulations, the statement “gluten-free” is prohibited on any food products that contain gluten levels above 20 parts per million.

The FDA tests indicated that some samples of the cereal contained levels as high as 43 ppm. The suit alleges that supposedly gluten-free wheat was cross contaminated with ordinary wheat at one of General Mills’ processing facilities.

General Mills, Inc., a Delaware corporation headquartered in Minneapolis, had launched an advertising campaign in September for "gluten-free" Cheerios, placing the designation prominently on the product packaging. The suit alleges that this action constitutes deceptive, unfair and false advertising and merchandising practices as well as violations under California’s Sherman Law restricting “unlawful” business acts.

In a public statement announcing the October recall, Jim Murphy, senior vice president and president of the cereal division, at General Mills, stated “We’ve worked very hard to ensure our products are gluten-free” but “today we must acknowledge that we failed to meet that commitment for a time, and we’re recalling all affected products as a result.”

General Mills officials have not returned phone calls from Legal Newsline nor have they responded to email requests for an interview regarding the case.

General Mills has been involved in numerous legal scrapes over recent years. In 2009, the company was warned by the FDA about claims relating to the cholesterol-lowering effects of Toasted Whole Grain Oat Cereal. General Mills was compelled to clarify labeling language used with supposed health claims, and the FDA did not pursue further action.

In 2013, it reached an $8.5 million settlement over alleged misstated health claims and the deceptive advertising of YoPlus probiotic yogurt. In that agreement, plaintiffs were awarded $4 for each unit of the product they purchased. Another Yoplait yogurt class-action suit was dismissed in MInnesota late in 2012, after a federal judge ruled that the case should be settled by the FDA.

In that case, according to McGarity, “The court was holding that the common law suit was pre-empted by FDA labeling approval” with “the theory being that we have a national market [but] if we have individual juries determining what should be on the label, we will have a cacophony of different things on labels” in different state and local markets.

“Any company who markets nationally wouldn’t know what to put on the label” if labeling decisions were left to individual state juries, he said.

McGarity cautions, however, that the “FDA is a small agency with a whole lot to do” and we should be “fairly dubious” about judicial holdings that the agency is “doing such a great job that it should preempt the common law."

Citing concerns about the agency’s lack of funding, he added that “a person’s right to sue a company that is misleading him ought not easily be preempted by the operations of an agency that doesn’t have the resources to do a perfect job”.

Thus far, attorneys for Haddix haven’t disclosed what damages they are seeking in the suit. In a similar case filed Nov. 18 in New York, attorneys for General Mills unveiled a settlement proposal of $3.48 per unit, the equivalent value of the price of the recalled Cheerios.

If agreed upon, the settlement would exceed $6.2 million.