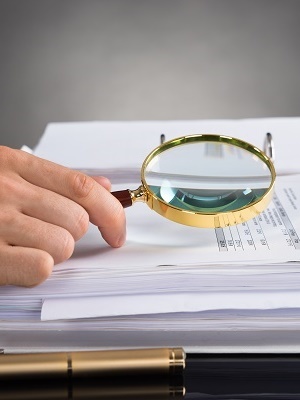 WASHINGTON D.C. (Legal Newsline) - A federal court in Washington D.C., has ruled that companies challenging a Civil Investigative Demand issued by the Consumer Financial Protection Bureau can redact their names from court filings.

In his decision, Moss opined that sealing the entire case would deprive the public of even the most basic information about this litigation. Instead, he said it was appropriate to re-name the case as a “John Doe” suit and allow the plaintiffs to submit versions of all documents filed to date, redacting their names and any other identifying information.

“I thought it was a balanced and reasonable approach," said Eric Zagrans, managing partner of Zagrans Law Firm LLC.

"It doesn’t really apply new ground. It applies the six factors the D.C. Circuit Court of Appeals laid out 35 years ago in the U.S. v. Hubbard case, and it applies those six factors to the circumstances of this particular investigation by the Consumer Financial Protection Bureau, and comes to what seems to me to be a very balanced result -- that is, the court would not seal the case -- which is what the plaintiff companies had requested."

Zagrans, an expert in complex business litigation whose more than 35 years of experience includes service as Associate General Counsel of Ernst & Young, said he believes the ruling was fair because the court decided that the public had a right to access the case and the documents, but because of the significant risk of reputational and possible financial injury to the plaintiffs simply from the fact that they were the subject of a federal investigation, the court ruled that the papers should be resubmitted with the names of the plaintiffs redacted.

“So I think that is a balanced way to protect both the public interest and the interest of the parties in the case who were the subject to this federal investigation,” Zagrans said.

A CID is a subpoena requiring the recipient to provide documents or oral testimony. When issued, companies are required to comply with what often turns out to be an extensive investigation spanning the course of many months, sometimes years.

What may add to a company’s frustration with a civil investigation is the often overly broad scope of information requested and the tight deadlines for gathering and providing the information – within 10 calendar days after receipt of the demand, a company must meet and confer with a Bureau investigator to “discuss and attempt to resolve all issues regarding compliance with the civil investigative demand,” and any petition to modify or set aside the demand must be done within 20 calendar days.

Since all petitions to set aside CIDs are part of the Bureau’s public records, a company may fear the potential harm associated with the public knowing that the company is subject of a federal investigation.

According to court documents in the John Doe Company case, the CFPB issued a CID to the plaintiffs’ “long time business partner,” in 2014 and informed the plaintiffs that the agency was considering enforcement action against each of them.

The plaintiffs allege that they were informed that their business partner had agreed to voluntarily testify to the CFPB at a “voluntary investigational hearing,” which is similar to a deposition, on July 23.

In order to protect the attorney-client privilege, the plaintiffs stated that their counsel requested to be present at the hearing, but the CFPB allegedly refused.

On July 22, the plaintiffs filed a lawsuit, alleging that CFPB’s refusal to let the plaintiffs’ counsel attend the hearing should be set aside under the Administrative Procedures Act. The plaintiffs also sought a temporary restraining order barring the CFPB from proceeding with the planned hearing, and filed a motion to have the case sealed, asserting that the companies would suffer “serious harm” if it were disclosed to the public that the plaintiffs were the subject of an ongoing investigation.

In their argument to support their privacy interest, court documents reveal that the plaintiffs relied on the 2001 In Re: Sealed case, in which a federal appellate court held that exhibits filed in relation to an ongoing Federal Election Commission investigation should have been sealed.

Zagrans explained that Moss’ decision pointed out that the interest in confidentiality in the John Doe company case was “weaker” than in the In re: Sealed case.

“What I mean by weaker is that there was a statutory requirement of confidentiality. In other words, Congress has set out the parameters for when, how and why something should be kept confidential and out of the public eye," Zagrans said.

"In this case, there was no statute applied; rather only some federal regulations, which are the rules the agency itself propagates rather than Congress propagating. So that doesn’t have the same degree of validity, or the same authority behind it as a Congressional statute. It’s just a rule that the agency advances."

The CFPB argued that the plaintiffs had not overcome the “strong presumption in favor of public access to judicial proceedings.”

In conclusion, Moss opined that court’s ruling “maximizes the amount of information available to the public while still protecting the privacy interest plaintiffs assert.”

The CFPB declined to comment on the ruling and has filed a motion to reconsider.