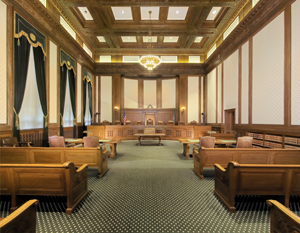 OLYMPIA, Wash. (Legal Newsline) - The Washington Supreme Court has issued a ruling that creates a wider scope for the application of the state's Consumer Protection Act, according to a law professor and former assistant attorney general.

“But I think it allows for an expansive application, and I think that’s good.”

Washington isn’t the only state to reach this conclusion. Every state has consumer protection laws and most have unfair and deceptive acts and practices statutes as well. Each state interprets its laws in different ways.

Other states have interpreted their CPA more narrowly. In Pennsylvania, non-residents cannot bring an unfair and deceptive practices claim, and in California consumer protection laws do not apply to injuries by non-California residents.

The unanimous court, in an opinion authored by Associate Chief Justice Charles W. Johnson, supported its expansive application by drawing attention to the definitions listed in the Revised Code of Washington 19.86, which covers unfair business practices and consumer protection. It says that commerce includes any business “directly or indirectly affecting the people of the state of Washington.”

The court also emphasized the purpose of the act as stated in the act itself, which was “in order to protect the public and foster fair and honest competition” and that “determination of the relevant market or effective area of competition shall not be limited by the boundaries of the state of Washington.”

“If you’re trying to stamp out unfair and deceptive trade practices that go on in or emanate from businesses that operate in Washington State, then why restrict who can be a plaintiff?,” Flynn said.

In his opinion, Johnson stated “The language of the CPA evinces a broad, rather than narrow, lens through which we interpret the statute.”

Flynn said this interpretation would protect both consumers and lawful businesses.

“To me it makes sense in terms of liberally construing the statute to protect people, but also to protect competition,” he said.

The court seemed to agree. In his opinion, Johnson wrote: “Washington businesses engaging in unfair and deceptive practices that indirectly affect others do not advance the purpose of fair and honest competition.”

The takeaway is that all entities conducting business in or through the state of Washington are subject to Washington’s CPA regulations.

“The state is clearly liberally construing this statute to the benefit of the consumer and to the liability of people who violate the CPA statute of Washington State,” Flynn said.