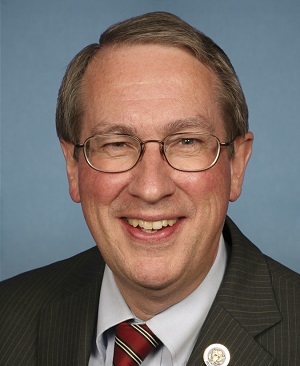 WASHINGTON (Legal Newsline) - The U.S. House kicks off its second session of the 114th Congress this week by taking up a piece of legislation -- what some are now describing as a “Frankenbill” -- that would make class action lawsuits on behalf of uninjured plaintiffs more difficult to bring.

Last month, that bill, H.R. 1927 or the Fairness in Class Action Litigation Act, and H.R. 526, the Furthering Asbestos Claim Transparency Act, were merged.

The mega-bill, now referred to as the Fairness in Class Action Litigation and Furthering Asbestos Claim Transparency Act of 2015, could get a vote by the House later this week.

According to GovTrack, which follows bills in Congress, the bill -- still referred to as H.R. 1927 -- is scheduled to be taken up by the House Committee on Rules Wednesday afternoon. The committee then is expected to send it to the House floor.

According to data from the Administrative Office of the U.S. Courts, the legislation could reduce the number of class action suits filed and the number of plaintiffs in them, but also could increase the administrative burden on the courts.

“Only those people who share injuries of the same type and extent should be part of a class action lawsuit,” House Judiciary Committee Chairman Bob Goodlatte, R-Va., said when introducing the bill in April.

F. Paul Bland Jr., executive director of Public Justice, a group that pursues “high impact” lawsuits to combat social and economic injustice, contends the legislation is an attempt to strip consumers, workers, investors and others of the ability to enforce crucial laws.

“By making nearly all class actions impossible to bring, the bill rigs the system badly against individuals and in favor of corporations,” Bland argues. “Given that President Obama is overwhelmingly likely to veto the bill, I suspect that this is just an effort by some House Republicans to ‘milk their base’ and get various corporations to jack up their campaign contributions.”

Bland said it’s particularly bad timing for the House to move the bill now because it would give Volkswagen, in particular, a “complete pass on their lies and sabotaging of pollution controls.”

“Why would Congress rush to immunize a foreign corporation that’s blatantly ripped off American consumers?” he said.

The U.S. Chamber of Commerce, the world’s largest business organization, has come out in support of H.R. 1927.

In June, Chamber Executive Vice President for Government Affairs R. Bruce Josten praised the bill. In a letter to Goodlatte and Rep. John Conyers, D-Mich. and ranking member of the House Judiciary Committee, Josten said the legislation would address the problem of “overbroad, no-injury class actions,” which cost millions to defend and typically only result in big paydays for lawyers.

“A number of judges have appropriately recognized that overbroad class actions have no place in our federal courts. Indeed, some federal courts have already applied the typicality requirement of Rule 23 in such a manner as to bar class certification unless everyone in the class has suffered the same alleged injury,” he wrote in the letter. “Unfortunately, there are multiple federal courts that fail to adhere to this common sense rule.”

The American Association for Justice, a lobbying organization for plaintiffs’ lawyers, could not immediately be reached for comment.

H.R. 1927’s FACT component targets asbestos plaintiffs lawyers’ practice of double-dipping -- telling one story about a client’s exposure history in the civil courts system while telling another to companies that have set up bankruptcy trusts to pay out asbestos claims.

It's a practice that was detailed in the Garlock Sealing Technologies bankruptcy proceedings. A bankruptcy judge in North Carolina ruled that plaintiffs attorneys had been withholding making trust claims in order to maximize recovery against Garlock in civil lawsuits.

Garlock was permitted full discovery into the claims of 15 individuals and eventually filed racketeering lawsuits against the law firms that represented them.

“It appears certain that more extensive discovery would show more extensive abuse,” Judge George Hodges wrote. “But that is not necessary because the startling pattern of misrepresentation that has been shown is sufficiently persuasive.”

In 2013, the FACT bill passed the House of Representatives on a 221-199 vote that went mostly along party lines, with Republicans favoring the legislation.

However, the bill never gained much traction in the Democrat-led Senate. But Republicans now hold a majority in both houses.